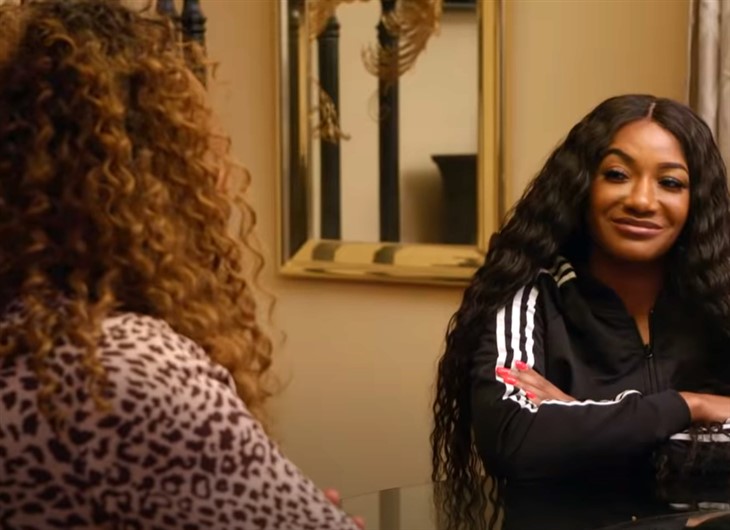 TLC’s “90 Day, Fiancé-The Other Way” spoilers and updates reveal Brittany Banks has traveled to Chicago to attend a court hearing regarding her divorce. While she’s there, her mother Audrey gives her some good advice!

Brittany loves Yazan, and he loves her, but she has grown tired of his demands. Both Yazan and his parents, Ziad, his father, and his mother have wanted Brittany to change herself into a proper Muslim bride for Yazan. Brittany is not one to change for anyone else, any changes have to be her idea.

The changes they had been requiring are major ones; they had wanted her to dress differently and act differently. They had wanted her to convert to orthodox Islam. Brittany has had more than one argument with Yazan over this, who had not had these requirements until she came over to Jordan to spend time with him in this season of the show. Viewers will recall he went on a tirade at the airport when he picked her up because she reached out to hug the TLC camera crew and had a bottle of liquor in her luggage.

If she converts to Islam, she must cover her body completely except her eyes and nose and hands. She also must submit fully to Yazan. Brittany acquiesced to wearing a burka, the traditional Middle Eastern head covering when visiting his parents, but even then there was a huge argument.

When the show broke for the season, there seemed to have been a breakthrough with his parents’ thanks to the intercession of Yazan’s Uncle Ibrahim. They seemed to be more approving of her. But she was still keeping a major secret – she was not yet divorced! She received word of a court hearing regarding her divorce and so has flown to Chicago, where the hearing is being held.

Viewers will recall that Brittany’s parents are divorced – her father lives in Florida, where Brittany lives, and her mother lives in Chicago. This is probably where Brittany lived before the breakup with her soon to be ex-husband as well. Even though Yazan’s parents had seemed to have accepted Brittany for who she is, she has another tense video call with Yazan. He apparently gives her an ultimatum even as she is flying back to Chicago, and she tells him no way!

’90 Day Fiancé ‘Spoilers: Big Ed Brown Spotted Filming With Rosemarie Vega – Are They Back Together? https://t.co/4NZYrCiKNu

She’s going to give HIM an ultimatum and says he’s not the king of Jordan! We can be sure that conversation will also come up between Brittany and her mother Audrey when she arrives in Chicago! Brittany didn’t tell Yazan the real reason she was leaving for a few days – she said her sister was getting ready to have a baby. Even though that part was true, it wasn’t the whole truth.

When she arrives, Brittany has a heart-to-heart talk with her mother, and she tells her all about Yazan, his parents, and their expectations for her. She tells her daughter that she should change herself for no one. She encourages her to stay herself, and it’s Yazan and his parents who need to change. They need to accept Brittany for who she is! To the TLC cameras, she says she knows how headstrong her daughter is, and if they don’t accept her like she is, it won’t work!

Stay tuned to TLC’s “90 Day Fiancé-The Other Way” and keep checking back here frequently for all the latest news, updates, and gossip about all your fave “90 Day Fiancé” shows and stars!