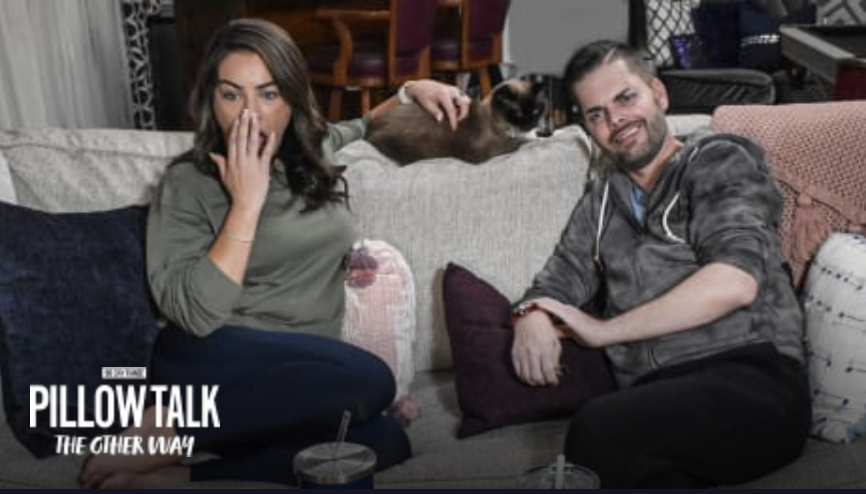 TLC’s “90 Day Fiancé-Happily Ever After” fans have a beef with TLC! Angela Deem was recently added to “90 Day Fiancé-The Other Way Pillow Talk” but they lost Tim Malcolm and Veronica Rodriguez!

Angela is on two “90-day” spin-offs; “90 Day Fiancé-Happily Ever After Strikes Back” along with Michael Ilesanmi, and as mentioned before, “The Other Way – Pillow Talk” and her daughter Skyla Deem is with Angela on that. Angela may be getting another spinoff as well, one more fitness-themed since she’s been losing weight.

While each 90 Day couple has their fans as well as their detractors, fans, in general, were not pleased with losing Tim and Veronica to get Angela and Skyla! Many viewers were surprised to see Angela talking about Jenny Slatten and Sumit Singh, or Brittany Banks and Yazan Abu Hurira. But shock would better describe their response to not seeing Tim and Veronica!

Angela is getting to be a reality show veteran, having been on the “90 Day Fiancé” shows, and several years ago on “Trisha” and also the more well-known “Maury” show, with her other daughter Scottie Deem. Some of Tim and Veronica’s fans have been quite militant at requesting their return to the show, and asking for Angela and Skyla to get the boot! They didn’t like Angela being disrespectful towards Sumit’s parents, among other things. Regular viewers do notice that Tim and Veronica are much more laid back than drama queen Angela, and they don’t like the drama!

Tim and Veronica supporters characterize Angela as loud and obnoxious and felt that Tim and Veronica made the show much more fun and light. They say Angela is turning it into the Angela show because everything is about her, and it’s getting a little ugly. They don’t like discussions of vibrating shower heads being used, for instance. However, Tim and Veronica have been roped into a new “Pillow Talk” about “The Family Chantel”.

This is not the first time a fan outrage has happened against a couple being removed from a show. A social media outrage happened when Karen and River Everett were ousted from “The Family Chantel”. Their exit was never explained. Perhaps Karen and River simply weren’t popular enough to meet the financial metrics of TLC. Advertisers do carry a lot more weight than fans, sad to say.

However, Angela is now seen as an icon of the “90 Day Fiancé” franchise, and she is generating fans of her own, not simply fans of the show. Tim and Veronica fans can see them on “The Family Chantel Pillow Talk” which is now on Monday nights. In the meantime, will TLC listen to the fans, or will Angela talk about “abdominal fluids” again on “The Other Way Pillow Talk?”