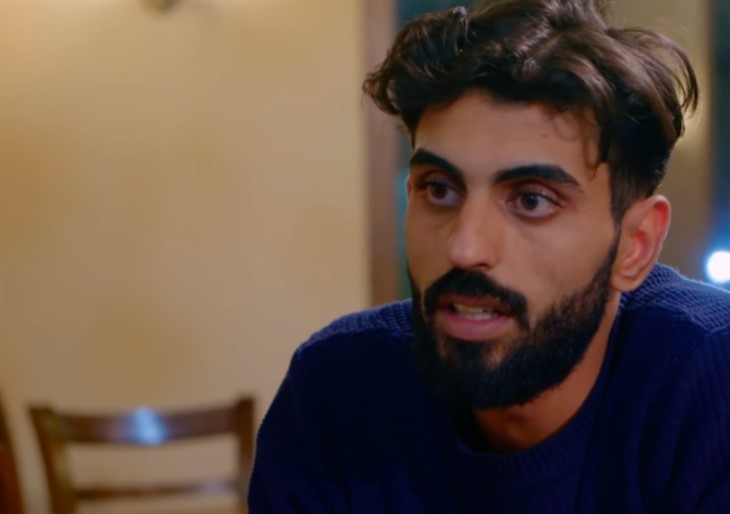 TLC’s “90 Day Fiancé-The Other Way” stars Yazan Abu Hurira and Brittany Banks have had many obstacles to their happily ever after, but Yazan receiving death threats is by far the worst!

As most viewers know, Yazan is an orthodox Muslim, as is his family. His mother won’t even appear on the show other than as a shadow. Brittany is about the most opposite of what an orthodox Muslim family would want their son to be involved with, and in spite of her wearing a hijab a few times, she won’t change.

In previews of next week’s episode, “The Consequences of Truth” it is revealed that Yazan has been receiving death threats – mostly from his own family, and as such would be considered an honor killing. A third party is shown telling the couple that people want Yazan dead and he is in terrible danger Brittany, dressed in traditional Muslim attire for a change, weeps. Yazan’s father yells into the camera and says to tell him he will be his son’s murderer!

One reason he’s receiving death threats is that Brittany has been married before, and therefore is not a virgin. As of the most recent episode she was still a married woman, having traveled back to Chicago for her divorce hearing – which has been postponed because of a clerical error. She has to file all over again because it was not uploaded to the docket!

She didn’t know what she was going to tell Yazan, let alone his family! Her mother, Audrey, suggested the truth, but Brittany knows his family would not take that well and she was unsure how Yazan himself would take it!

The death threats started when Yazan’s family found what they considered to be lewd photos of Brittany online. They printed and distributed them at a family party, and they were some of her and some friends wearing bikinis around a pool, and none had head coverings.

They do not understand that American women, particularly those who do not practice orthodox Islam do not wear the hijab or keep themselves covered head to toe. Many fans have been shocked by this revelation of death threats over bikini photos, and that they would be directed at Yazan to begin with! Some have made an excellent point that perhaps what Yazan’s father was yelling could have been lost in translation, but the clip has him shouting in English!

Some foreign fans pointed out that some cultures including Muslims talk like that to their children but it would equate to an American parent threatening their child with a spanking. Viewers are also becoming aware of how heavily the show is edited, and that Yazan’s father’s rant may be out of context, although the warning of the third party friend cannot be taken any other way.

Stay tuned to “90 Day Fiancé-The Other Way” on TLC and check back here frequently for all the latest news, updates, and gossip about all your fave “90 Day Fiancé” shows and stars!