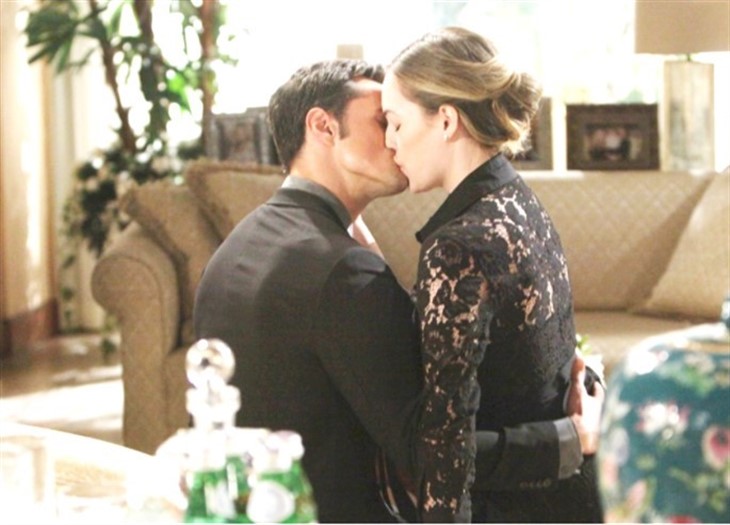 CBS The Bold and the Beautiful spoilers reveal that Hope Logan (Annika Noelle) calls out Liam Spencer (Scott Clifton) for interfering with “Sinn.” It sounds like he continues obsessing over Steffy Forrester’s (Jacqueline MacInnes Wood) love life. It may create a wedge and Hope might seek comfort from someone else. Could that man be Thomas Forrester (Matthew Atkinson)?

The Bold And The Beautiful Spoilers – Thomas Forrester’s Good Behavior

B&B spoilers reveal that since Thomas came back from “clearing his head,” he has been on his best behavior. Despite everything he has done in the past, Hope is impressed. It was previously teased by executive producer and head writer Bradley Bell that Thomas would once again have feelings for Hope. However, he told Soap Opera Digest that it could be his obsession again or they could be genuine healthy feelings.

Thomas is going to compete with Zende Forrester (Delon de Metz) at Forrester Creations. Love isn’t the only thing that Thomas takes to the extreme. Becoming obsessive and fixated on a certain goal is part of Thomas’ personality. So, it seems his new obsession will be work-related as he stops at nothing to defeat Zende.

The Bold And The Beautiful Spoilers – Liam Spencer Focused On ‘Sinn’

The Bold and the Beautiful spoilers reveal that Liam will have an obsession of his own. He will be preoccupied and distracted by Steffy and Dr. John Finnegan (Tanner Novlan). Hope will take notice and calls Liam out on his interference, but that’s not going to stop him. With him so focused on “Sinn,” he won’t have any time or energy to give Hope attention.

It is possible that we will see Liam’s obsession drive Hope away. She might look for comfort in the first man that gives her attention. Of course, this will be Thomas. Could Hope seek comfort in Thomas’ arms while Liam is busy trying to destroy Steffy and Finn’s relationship? In the end, could Thomas actually win Hope’s heart while “Sinn” get even closer, leaving Liam with no one?

What do you think is going to happen with Liam Spencer and Hope Logan? Could she be driven into Thomas Forrester’s arms? We will have to keep watching the CBS soap opera to see how this story develops.