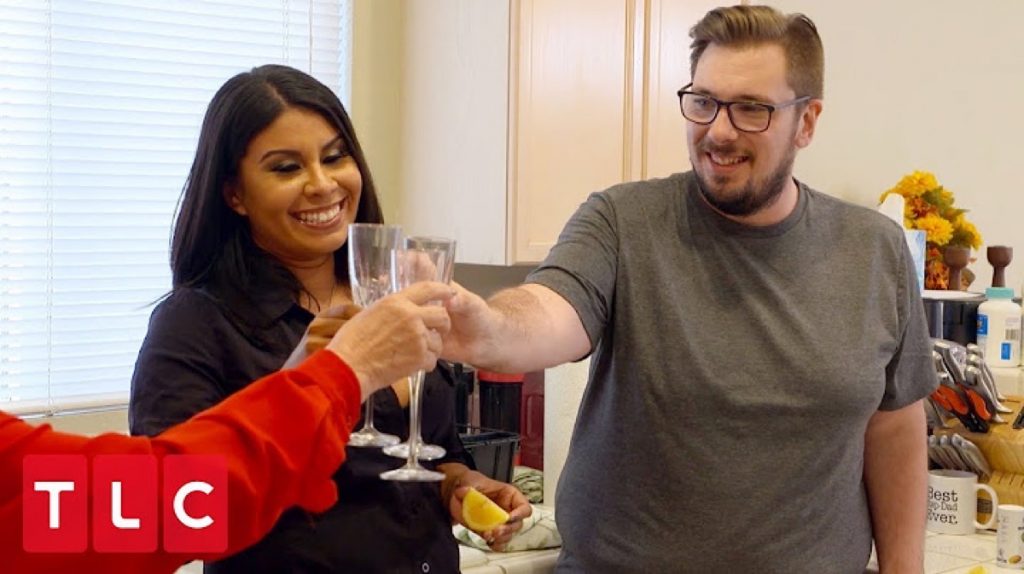 TLC’s “90 Day Fiancé-Happily Ever After” star Colt Johnson may have finally found his happily ever after, unexpectedly with Vanessa Guerra, his “good friend” according to a leaked photo by blogger John Yates.

Colt Johnson has been spotted with Vanessa in many photos over the past few months, usually in the company of good friend Nick Hogan and girlfriend Tana Lea. The rumors really started a couple of months ago in September when the two couples were spotted at Nick Hogan’s thirtieth birthday party, where on a photo from Nick’s Instagram Vanessa and Colt had looked very affectionate together. There was also an Instagram live shown on the “90 Day Fiancé Now” Instagram account of the birthday party.

On Nick Hogan’s Instagram Colt and Vanessa were at the right edge of Nick, Tana, and some other friends and on that shot Colt and Vanessa definitely looked like more than friends! On the “90 Day Fiancé-Happily Ever After” tell-all at the end of season five, Colt answered questions about himself and Vanessa. He had denied that they were any more than friends, because of Jess Caroline’s jealousy over Vanessa’s house and kitty sitting at Colt and Debbie’s home.

That memorable trip to Brazil and his relationship ended with him nearly getting speared by one of Jess’ high heels, and on the tell-all he got even more comeuppance, with Jess announcing she’d moved on VERY quickly and married another man! 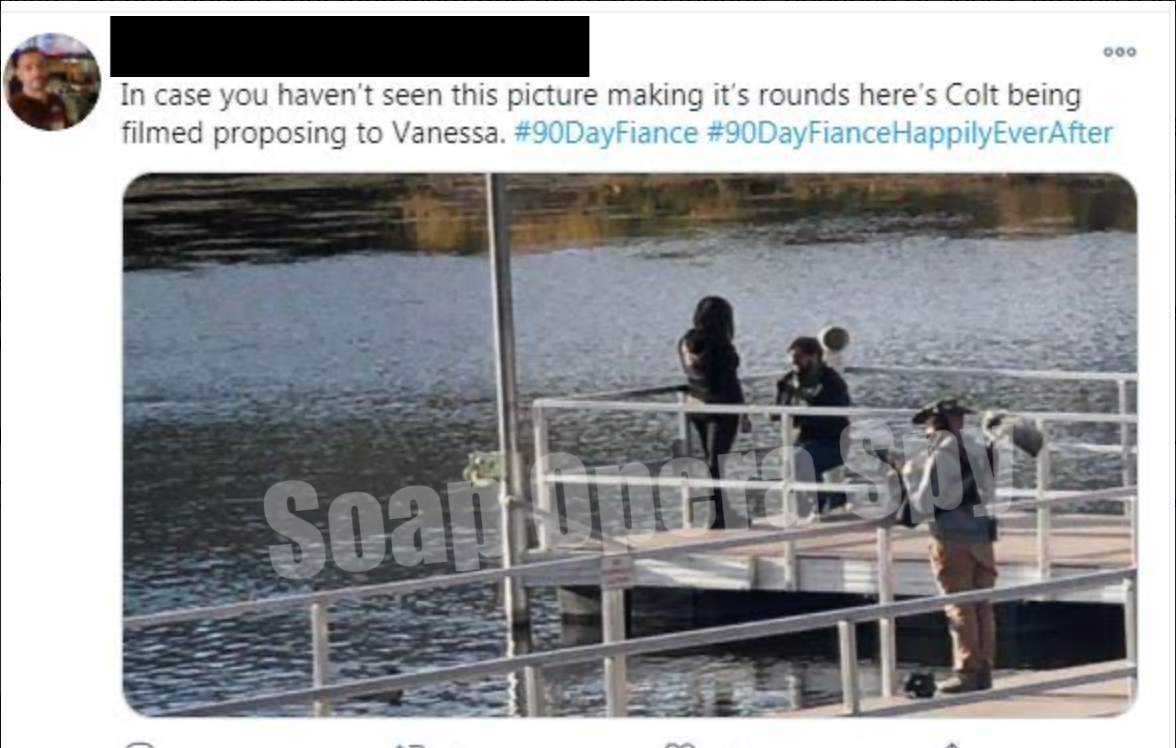 Viewers will also recall that Colt met Vanessa online while his divorce from Larissa Dos Santos Lima was being finalized. Even though he denied having slept with her to Jess, previously he had been quoted as saying the two slept together before his divorce from Larissa was even finalized! That wasn’t the only lie – it soon came out that Vanessa wasn’t just at the Johnson home kitty sitting, she was in between homes after her own divorce became final and was living there at the time!

Debbie, who disapproves of most of Colt’s relationships and tries to break them up, is actually good friends with Vanessa and likes her! She told Jess that Vanessa was her friend in her home, even though she was the one who had let it slip that Vanessa was staying there while they were in Brazil meeting Jess’ family.

So Colt and Vanessa have known each other much longer and it has taken much longer to get to the proposal point than with Larissa or Jess. He proposed to Jess may be a short month after meeting her! While a new season of the show has not been announced, blogger John Yates in the leak said his photo was of Colt Johnson being filmed proposing to Vanessa Guerra; whether fans will see it on a new season of HEA or another “90 Day Fiancé” spinoff remains to be seen.

Stay tuned to “90 Day Fiancé” on TLC, and keep checking here frequently for all the latest news, updates and gossip about all your fave “90 Day Fiancé” shows, spinoffs, and stars!