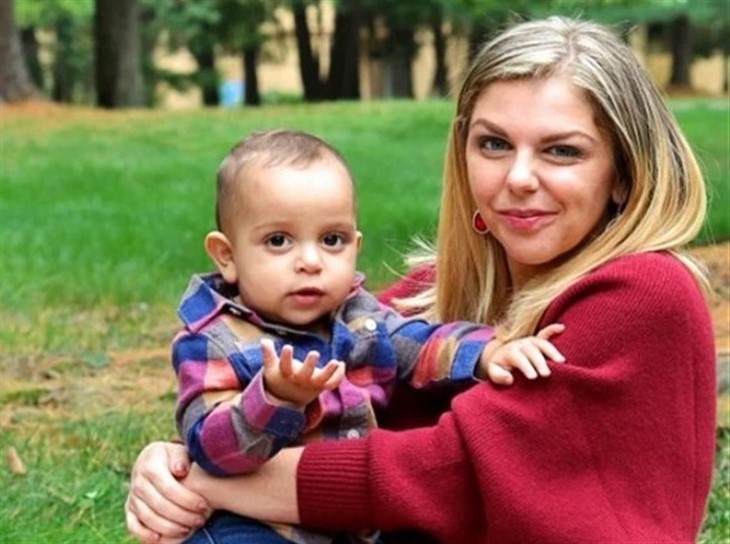 The proud parents have had to wait this long to post-baby pictures due to non-disclosure agreements they had to sign with TLC. But now that the baby’s birth has aired, fans will likely be seeing huge online brag books from both Ariela and Biniyam!

Ariela did an exclusive interview with US Weekly and catches fans up on the baby. She says their little “Avi”, short for Aviel, is doing great. The proud mama says he is the happiest ten-month-old she has ever met. She admits that the past year has been the craziest one of her life, and even more crazy because of being on television.

She teases that she and Biniyam’s story will get even crazier in subsequent episodes of the show and that there hasn’t been a dull moment since Aviel was born. Viewers will see how Ariela and Biniyam navigate being new parents and how their relationship will grow over time.

Avi was born on December 17, 2019, a couple of weeks early when Ariela had to have an unexpected emergency caesarian section because he was a breech baby and also because she had somehow lost amniotic fluid, which is essential to a baby’s survival in utero.

Our little Avi guy! Your laugh is the best music I have ever heard. I'm addicted to your cuddles. Thank you Avi for bringing us new life! Everyone who meets you loves you. He is our amazing and sweet Aviel Biniyam Shibre. Thank g_d for you, yene fikir! You are our everything! #newbaby #tenmonths #love #family #myhope #newmama #cuddles #littleboy #iloveyou #thankyou #babyboy #myshibreby #90dayfiancetheotherway #90dayfiancebefore90days #90dayfiancepillowtalk #90dayfiance #tlc #usweekly #arielaandbiniyam #ethioamericanbaby #avielbiniyam

The couple was absolutely not ready for the baby to be born; Ariela and Biniyam were both scared. Baby Avi’s movements had decreased because of the loss of amniotic fluid so the emergency caesarian section was essential to his survival. They didn’t have a bassinette or a baby bed, or much of anything else, because Ariela’s mother Janice Weinberg was supposed to bring baby accouterments along when she and her husband came back to Ethiopia for the birth.

One of Biniyam’s sisters helped save the day, going locally to help him pick up a small overstuffed basket that highly resembled a dog bed and a collapsible rubber bathtub. But, at least they were something workable! Ariela states that she was never more scared in her life and wished her mother was there at the time more than anything in the world. They did arrive later. She wasn’t sure what was going to happen. No one was really telling her anything, and usually, that happens when it is bad news.

They were both afraid it would be a stillbirth because he was hardly moving at all inside. It was comforting to have Biniyam by her side in the operating room. He had been through a delivery before, his ex-wife Bria having given birth to his older son Simon, who had been born with gastroschisis, a condition where a baby is born with its intestines outside of its body. However, that experience only served to make Biniyam even more nervous because he knew what could go wrong! Looking back, Ariela doesn’t regret moving to Ethiopia and praises the hospital they used.

She would recommend Kadisco Hospital in Addis Ababa to anyone looking for a hospital to have their baby in while in Ethiopia. They saved Avi’s life and she will be forever grateful. Ariela prays that Simon and Aviel will someday be able to meet and know each other regardless of what happened between Biniyam and his ex. She envisions them someday playing together.

Stay tuned to TLC’s “90 Day Fiancé-The Other Way” and keep checking back here frequently for all the latest news, updates, and gossip about all your fave “90 Day Fiancé” shows and stars!