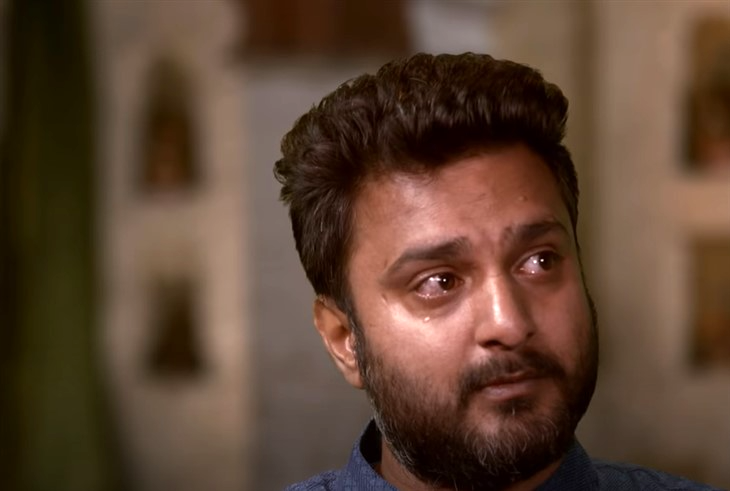 TLC’s “90 Day Fiancé-The Other Way” star Sumit Singh recently spoke out on how traumatic his arranged India marriage was in a recent first look at this week’s episode.

Sumit’s fianceé, Jenny Slatten didn’t know that Sumit had been stuck in an arranged marriage right away. It was a bombshell when she did find out, and terrifying as well.

Jenny said that one night as she and he were in their apartment together Sumit’s wife, in-laws, and parents all piled in through the front door! Sumit’s father-in-law had revealed the shocking truth that Sumit was already married. This was during Jenny’s first trip to New Dehli, India where the Singh family lives.

Sumit had explained he was forced into the arranged marriage and in India, it’s not about love. He said he did try to make it work for a year, but then he’d had enough. He was under immense pressure by his parents as well as her family to stay in the marriage whether he loved the woman or she loved him, or not. As previously stated, in India relationships and marriages are not about love. He did tell Jenny he wanted a divorce from the arranged marriage but it was a long and difficult process. Now, Sumit has finally opened up about his first marriage, and how truly traumatic the marriage itself was for him-and told his parents!

Sumit talked to his parents, Anil and Sahna, about the trauma he endured in the arranged marriage. He was trying also to get his parents to accept Jenny. As for Jenny, once he explained about the arranged marriage, she understood and forgave him. He had never wanted to be with the woman he was forced to accept as his wife to begin with. Jenny told the TLC producers that he has proven to her that she is the one he loves! As Sumit was talking to his parents about accepting Jenny, his mother accused him of being selfish.

Sumit went ballistic at that point! He angrily told her how he had gotten married the first time for them, for their happiness, because they thought it would be a good idea. He continued, asking where did his happiness go? Sahna admitted that she didn’t think his wife would turn out the way she did—a real problem. She assumed after the adjustment period things would work out and they would learn to love each other – which is the Indian way Then they brought up Jenny’s and his age difference – Sahna telling him Jenny was older than her. Anil brought up the fact that Jenny could not give Sumit any children, and that as they got older, caring for Jenny when she gets old would interfere with him caring for them!

’90 Day Fiancé’ Spoilers: Larissa’s Baby Plans Revealed! Will She Have Eric's Baby To Seal The Dealhttps://t.co/Ja1LFdUpT1

They also brought up what the Indian community would think, and how they would be ostracized for letting their son marry someone older than his mother. Sumit pushed back, and pushed back hard! He told them their worship of community-led to his suffering! He accused them of being obsessed with what other people thought of them and cried out he was dying in those two and a half years and had told them three separate times that he wanted to commit suicide! Sahna broke down in tears. His father wouldn’t give Sumit his blessing for his relationship with Jenny, let alone a marriage but suggested that time would tell how things would work out.

Stay tuned to “90 Day Fiancé-The Other Way” on TLC, and check back here frequently for all the latest news, updates, and gossip about all your fave “90 Day Fiancé” shows and stars!

Days Of Our Lives News Update: Cady McClain Has No Problem Slipping Into Melissa Reeves’ Shoes