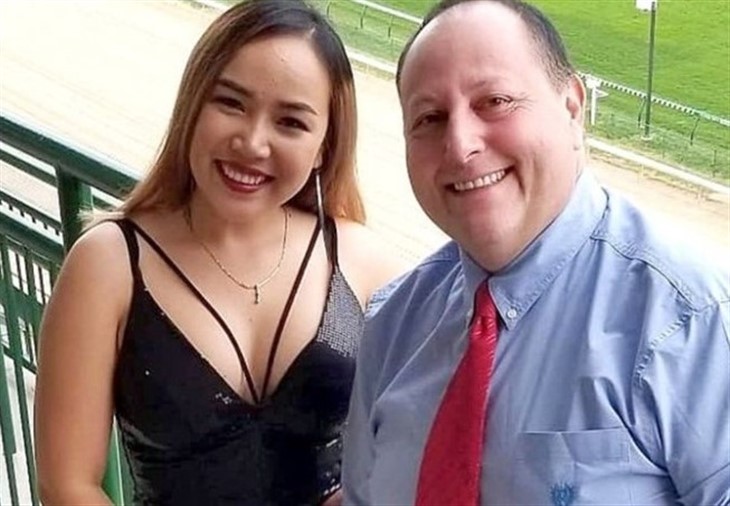 TLC’s “90 Day Fiancé” stars David Toborowsky and Annie Suwan are working on a new spinoff, and it’ll be a “spicy” one, although not in the way fans might be thinking!

David and Annie made their “90 Day Fiancé” debut on season five of the show in 2017. The two started their romance in Annie’s native country of Thailand. Then they moved to David’s hometown in Kentucky, where they faced some financial struggles.

They also faced a lot of skepticism from family and friends who didn’t think their relationship would last. However, they eventually did get married, and continued their love journey on season three of “90 Day Fiancé-Happily Ever After.” On “Happily Ever After” they were not so well received, but over time, they began to win fans over. Now they have become fan favorites on “90 Day Fiancé-Pillow Talk”.

People simply cannot get enough of them on that spin-off! They think they are hilarious and that they make the whole show with their humor! They eventually love Annie’s reactions and comments and many have said Annie should get her own show! The powers that be at TLC and the “90 Day Fiancé” franchise seem to agree. As a result, David and Annie have been working on their new digital show, “Spice It Up With David And Annie”, premiering on October 28 on TLC online. But it’s not the kind of “spicing things up” that you might think!

David and Annie frequently eat dishes that Annie has prepared on “Pillow Talk” and it seems producers got an idea from it. Fans also have been frequently commenting on how good the food looks and some wishing for recipes. So, the new show will be – wait for it – a cooking show! Fans have called David and Annie the “best in bed snacking team”. It’s unlikely that anyone will be invited on the show as far as fans who want a taste, however.

The show will feature Annie’s recipes and Annie cooking the recipes, although David will be involved as well. Somebody’s got to be the taste tester, after all! Annie will of course be featuring recipes for foods native to Thailand. Thai cuisine already is quite popular in the United States, nearly as popular as Chinese and Mexican cuisine.

The show’s press release describes it as a hilarious and heartwarming duo who give their fans an inside look at how their favorite Thai-inspired meals are prepared. One meal Annie will show fans how to prepare is Chicken Thai Basil. Of course, they will also engage in the lovable and comedic banter that they are known and loved for on the show as well!

Check out TLC for David and Annie’s new digital series, and continue to enjoy them on “Pillow Talk”. Check here frequently for all the latest news, updates, and gossip about all your fave “90 Day Fiancé” shows and stars!