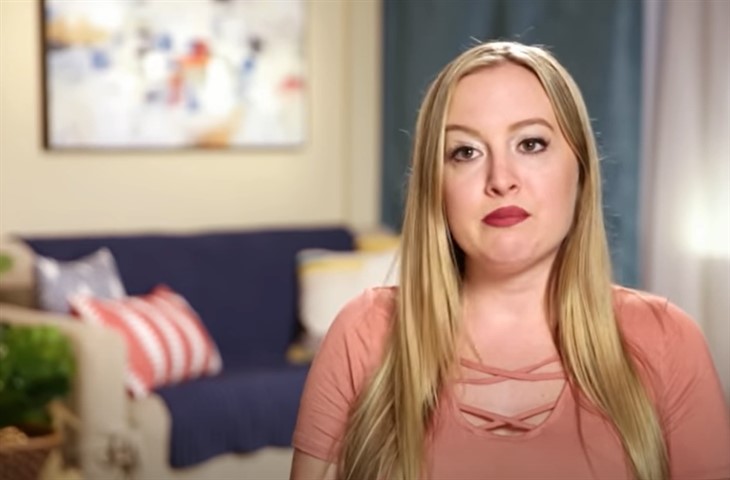 How much do you know about 90 Day Fiancé-Happily Ever After star Elizabeth Castravet? Here are five things to know about Elizabeth.

All About Elizabeth Castravet’s Family

Most 90 Day Fiancé-Happily Ever After fans know all about Elizabeth’s family, her husband Andrei Castravet, and their adorable daughter Eleanor. But, here is a little refresher and maybe some things you didn’t know. Elizabeth was born on July 29, 1990, making her thirty-one years old. Andrei is her first and only husband. She’s about five feet tall, with Andrei of course being much taller. Her siblings are Charlie Potthast, Jennifer Potthast Davis, and Rebecca Potthast Lichtwerch.

Chuck’s wife is Megan. Her father is Chuck Potthast, and her stepfather and mother are Walter and Pamela Putnam. She has two nieces, both about Eleanor’s age, and a nephew, Charles who is a little older. We assume that is Charlie’s boy, making him a Charles III. There are also several older nieces and nephews, although it is not stated in Elizabeth’s Instagram account who belongs to who and all their names! It’s obvious however that she got plenty of babysitting practice with little Charles before having Eleanor!

Elizabeth Castravet Has Been An Actress

Elizabeth has been an actress, acting in at least two movies or television series prior to marrying Andrei and becoming a 90 Day Fiancé star. The TV series was “Homeland” and the movie “Secrets In The Snow.” In “Homeland”, filmed in 2011, Elizabeth played a “bit part”, an unnamed cashier. The series ran from 2011 to 2020 on Showtime. In “Secrets In The Snow” she played Lynn Bolton. The movie’s description states that on a Friday morning, high school students attending Eastbrook High arrive at the school to complete their final exams before the Christmas holiday break.

But a blizzard strikes and school is let out early. Those students who were unable to arrange for transportation home before the storm struck are trapped in the school gym. There are six students in total, and as they await rescue, friendships are created, secrets are revealed, and wills are tested as they must learn to rely on each other to make it through the night.

Elizabeth and Andrei met while chatting on a social app, while Andrei was a bouncer at a club in Ireland. Elizabeth was planning a European vacation at the time. Once she completed planning her vacation, she made plans to meet Andrei there in Ireland. If one looks all the way through Elizabeth’s many Instagram pages, it looks like after they met they travelled all over Europe together! It looks like they had quite the romantic courtship, starting in 2016, culminating in their first wedding, in America.

Elizabeth Castravet Has Been Quite The Traveller

Elizabeth started her Instagram account in 2012. Prior to her trip when she met Andrei, she has photos of several trips from everywhere from Europe to snowboarding in Boone, North Carolina and frequent trips to other places in the United States up the coast from Florida, including Lake Wylie, South Carolina all the way up to the Harlem borough of New York City.

Elizabeth Castravet Is An Animal Lover

Even though we haven’t seen any pets in Elizabeth and Andrei’s home on air, it is quite evident that Elizabeth is an animal lover. Her Instagram has photos of several different, pet cats and dogs, and when she wasn’t babysitting for nieces and nephews, she was doggie sitting or puppy sitting!

Stay tuned to 90 Day Fiancé on TLC, and keep checking back here frequently for all the latest news, updates, and gossip about all your fave 90 Day Fiancé stars, shows, and spinoffs!