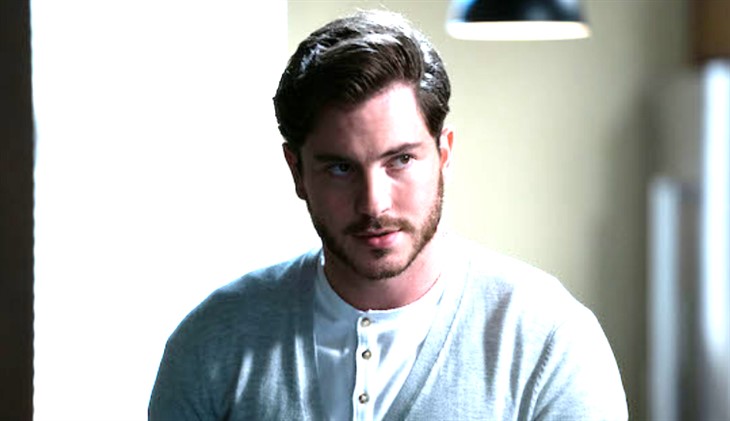 BBC Eastenders spoilers reveal that fans have been speculating what will happen with the characters when the soap returns. One character that is being discussed quite often is Gray Atkins (Toby-Alexander Smith). With the news that the Taylor family deals with a dark secret that is exposed, could Gray decide to end his life rather than accept the consequences?

Fans have seen two different versions of Gray. To the public, he is a lawyer with a lovely family. People consider him a good guy and they even cheered him on in the pub for helping Whitney Dean (Shona McGarty) with her criminal case.

However, behind closed doors, he is quite different. He abuses his wife, Chantelle Atkins (Jessica Plummer) physically, mentally, sexually and reproductively. Fans have been waiting for the truth to come out before he kills Chantelle. It seems like we are getting close to that point.

During an episode of Secrets From the Square, Zack Morris appeared to talk about his character, Keegan Butcher-Baker. He teased that a dark secret that has been going on will be revealed. He added that it would expose the Taylor family. Considering that Chantelle and Keegan are siblings, could this secret be her abuse?

Eastenders spoilers from Secrets From the Square also had Lorraine Stanley discussing her character. The actress said that all she could say is that Karen Taylor is going to be challenged. It certainly sounds like something big and it’s something that will have an impact on the entire family.

According to Express, some fans believe that when Gray’s abuse is exposed, he will take drastic action. He will be unable to deal with the public shame and possible prison sentence. He could also lose his license to practice law, his family, and everything else that has meaning to him. Could he be exposed as a vicious abuser lead him to take extreme measures? Perhaps he won’t be able to deal with the public humiliation and disgust that everyone will have toward him? Maybe he won’t be able to stand the thought of going behind bars?

Could it lead him to decide to commit suicide? That is what some viewers are thinking will happen. Let’s hope that Chantelle will be free soon because fans don’t know how many more beatings she can live through. To see if the suicide theory is right, we will have to wait until new episodes of Eastenders air this fall.