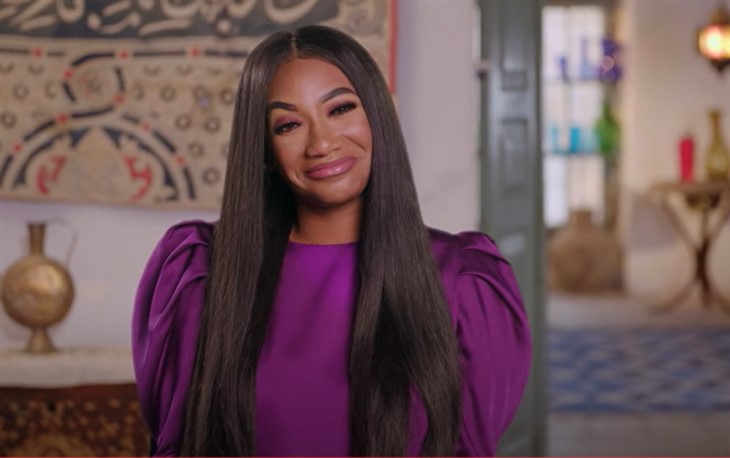 TLC ’90 Day Fiance: The Other Way’ spoilers document that Brittany Banks offered a sincere effort and began learning more about Yazan Abu Hurira’s beliefs. As a result both people, still hoping to become a couple, were able to enjoy a mostly peaceful day together.

Brittany’s decision to dress according to the traditions in Jordan made a positive impression on Yazan when they met at the start of this particular day. She also spoke directly to the audience about the tension that’s existed between them since she arrived a week ago.

They agreed to go to Yazan’s house of prayer. While Brittany was initially uncomfortable about entering a section that was just for ladies, she left with a positive impression of the experience.

A warm-hearted scene took place when Yazan demonstrated the proper way to prepare herself for prayer. He showed her the physical cleansing steps, which she repeated.

Yazan’s optimistic feelings were real, as was Brittany’s obvious fondness for him. However, she did offer an aside to the audience at one point that appeared to reaffirm her overall outlook.

Brittany repeated the final cleansing step, which was to wash her face twice. She mentioned to Yazan that she was going to get her lashes wet. Speaking directly to the audience through a voice-over, Brittany implied that she didn’t see herself preparing her face with makeup and then washing it off five times a day, as would be required.

The next scene took place at night, with both people dressed in what would be considered Western attire. After being seated in a restaurant Yazan told Brittany that his uncle, Ibrahim, spoke with his parents and that they wanted to talk with her.

Brittany expressed understandable concern at that suggestion. But Yazan was hopeful that a relationship could be established between them. He told the audience that his parents were concerned that she hadn’t agreed to fully accept their culture and therefore wasn’t ready to get married.

Yazan was disappointed when Brittany said that she wasn’t ready to change her core beliefs to his own, but did want to stay in Jordan with him. Yazan told her that she had three days to make her decision, which created a noticeable reaction shot.

Yazan told Brittany that she had to fully accept his way of life, or they could not get married. Brittany was stunned by that ultimatum and told him that he should have expressed his expectations when they first met.

Brittany was learning for the first time that Yazan’s request for her to fully adapt to his culture was non-negotiable. If she was unable to meet his conditions, then they would not be able to marry. Brittany rejected his assertion and left the restaurant without him. She spoke with the show’s producer, composed herself, and then returned.

Yazan told the audience that he’s under a lot of pressure from his family, which is why he told Brittany what would be acceptable. He said that if his uncle isn’t able to convince his parents, then he and Brittany would have to end their relationship. The teaser showed Yazan, his uncle, and his parent’s meeting.