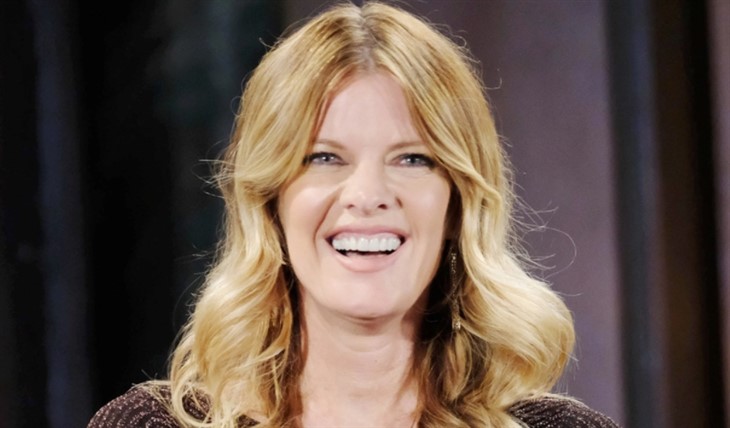 CBS The Young and the Restless spoilers reveal that the two-time Daytime Emmy-winning Michelle Stafford (Phyllis Newman) has announced that she will be in short supply in the near future, so should Y&R fans panic? The lovely and talented actress is stepping back from social media and we have the reason why.

She sounds very frustrated at the moment, doesn’t she?

She went on to say, “Frankly, IG isn’t really so much fun anymore. The majority of you lovely folks have been filled with beauty during this incredibly challenging time and I love you. It’s been challenging for every single one of us. I have been met with some new challenges in the last couple days and … ya know, family first.”

That certainly sheds some light on why she is stepping back as does the pic she posted of the late Robin Williams which has words that allude to the fact that everyone is fighting a battle, be kind. 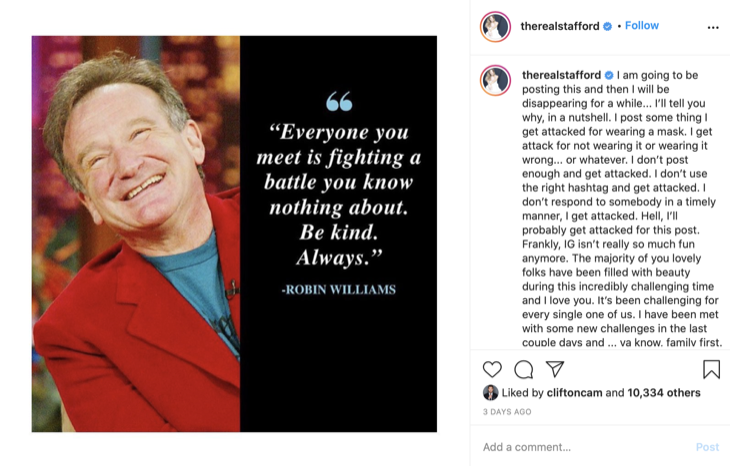 She continued her post: “I am just a bit vulnerable at the moment and really don’t understand attacks of any kind to somebody one doesn’t know. I will still be doing my SKIN NATION SUNDAY every Sunday, as it is a very positive group!! If you are positive… come by (Link in bio👆🏻) But in the words of Robin [Williams]… BE KIND ALWAYS. ❤️ I love all of you GOOD people… STAY HEALTHY and watch #YR WE’RE BACK! ❤️.”

The Young And The Restless spoilers – Michelle Stafford Has Lovely Fans

Her fans were quick to throw in their support with one summing up the general consensus this way: “I don’t know why anyone would attack you. That’s on them. You are so sweet and honest and have such love for people and give so much of yourself in the public eye and with skin nation. You inspire me to be kinder.

Whenever I am in need of some positivity I always go to your skin nation page or here and I always find what I am looking for.”