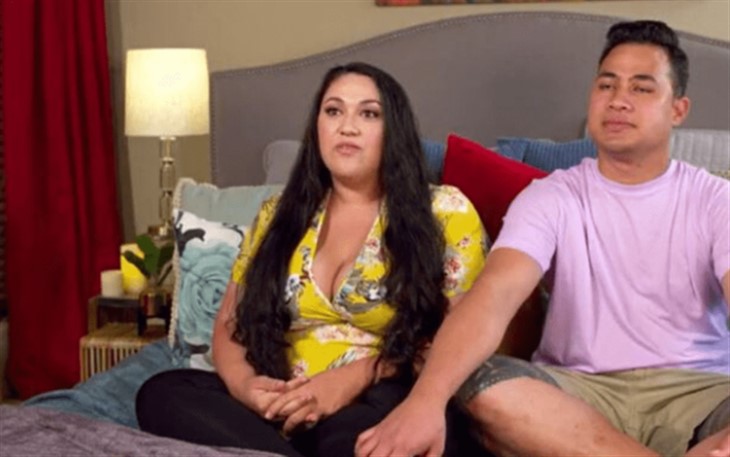 Kalani, Asuelu, Kennedy, and Oliver are finally back home from Washington, where they had a very stressful time with his mother, Lesina, and his half-sisters Tammy and Rosa. Tammy and Kalani nearly got into a fight, and Lesina droned on about Asuelu’s responsibilities, continuing to demand beaucoup bucks from him for support, and telling him that he should put supporting her and his half-sisters ahead of even supporting his own children, who she made no bones about saying she could care less about!

They wanted $1000 and they came with $100 and some gifts. Asuelu only works part-time, and Kalani is a stay-at-home mom. Now that they are back home, Kalani’s father, also a Samoan native, decides to talk with Asuelu about how everything went down in Washington – no doubt hearing about it from Kalani herself and Kalani’s mother and sister, who Kalani had talked to in-depth about that problems and that she was upset to the point of leaving Asuelu and gave an ultimatum that they go to marriage counseling and a therapist.

Out of this first counseling session, Asuelu decides to bring his mother and sisters to where they live, so both families can meet and discuss things as well; but first, Low wants to talk to him alone.

TLC 90 Day Fiance – Low Gets The Low-Down From Asuelu

Low comes into a room where Asuelu is painting a wall and asks him what he’s doing – Asuelu tells him he’s painting and that the color was chosen by Kalani. Low then tells Asuelu that Kalani talked to him about some things that happened in Washington. He was straight up with him that he didn’t like Asuelu’s displays of temper towards Kalani, although he admitted to the TLC production crew on camera that he had the same kind of temper when he was Asuelu’s age.

He thinks Asuelu is afraid Low’s temper will come out at him but he thinks also that he can teach Asuelu to reign his temper in. Low tells Asuelu that Kalani said Asuelu had turned into someone she didn’t know, and then the topic of conversation turned to Asuelu’s family demanding money and support from him – and it didn’t make sense to Low! Asuelu agreed and explained to Low what he had told his mother, namely that if they could afford to send money they would, but would not if they didn’t have it. Low agrees it’s expensive where they live, and hard to budget.

’90 Day Fiance – The Other Way’ Spoilers: Yazan Optimistic About The Future – Brittany Will Return https://t.co/LceD0gA9Ra pic.twitter.com/4f2ScqNd5L

He verifies that Asuelu knows what he means. Then they talk about Asuelu’s idea of the two families meeting together. He wants to know what Asuelu hopes to accomplish with the meeting – and Asuelu tells him he’s looking for some advice that could help his relationship with Kalani, and wants some apologies from those who should apologize, and hopes some advice about raising the boys.

Asuelu hopes to fix his relationship with Kalani. He also tells Low that he told his mother and half-sisters that he doesn’t want any drama or arguments, and Low tells the cameras he hopes that Asuelu will man up in the meeting between the families, and if he doesn’t stand up against his mother and half-sisters, then Low will, but hopes he won’t have to. He tells Asuelu to enjoy finishing his paint job and leaves.