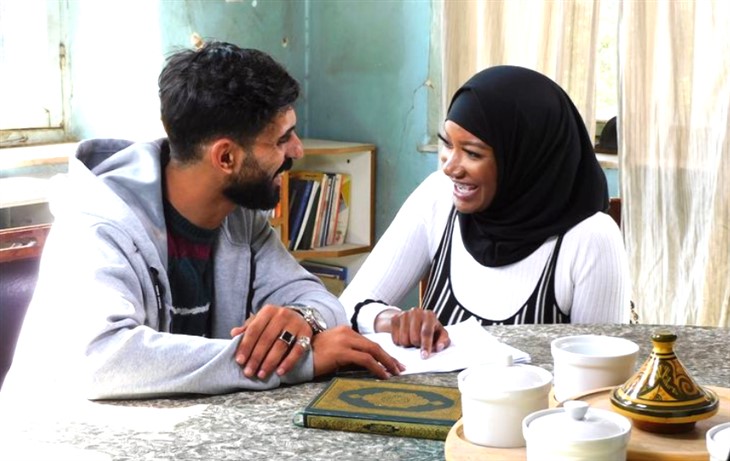 TLC ’90 Day Fiance: The Other Way’ spoilers document that Yazan Abu Hurira is looking toward the future. When last viewers saw him, he was saying goodbye to the woman he loves. But hope still existed at that time for the potential couple.

Brittany Banks cares about Yazan but felt it was best to withhold information from him regarding the need to leave Jordan. Her pending divorce wasn’t mentioned. Instead, she said that the birth of her sister’s child was the reason why she was flying to Chicago, Illinois.

’90 Day Fiance – The Other Way’ Spoilers: Jihoon Lee Is Moving On From Deavan Clegg, Literally!

Seeing the upside, Brittany does want to finalize her divorce process. Rather than ignore a scheduled court date, she chooses to fly thousands of miles to the United States. Her overall intentions were responsible.

Yes, Brittany hasn’t been truthful with Yazan. She also hasn’t told his family about her marriage. Even uncle Ibrahim, who negotiated a successful meeting with Yazan’s parents, would likely be bothered by Brittany’s decision not to be forthright about this key part of her life.

But only Brittany knows if she really has fallen in love with Yazan, or is in the process of doing so. This does appear to be the case, which is why she wants to legally break from her past and then return to Jordan and hopefully marry Yazan.

Brittany believes that Yazan doesn’t have a lot of relationship experience. He hasn’t countered that perception.

Yazan appears to be an open person, who fell in love with Brittany and then deepened his bond with her when she came to his home. Viewers have witnessed that development, along with the pattern of tension that’s been seen between the pair.

In seemingly not having what could be called a significant other, Yazan doesn’t have similar romantic comparisons he can make. That, along with family and cultural considerations have put various barriers between what has been a casual connection and one that could lead to marriage.

Yazan believes he loves Brittany and should be taken at his word. Brittany has directly told Yazan that she loves him. Based on her demeanor in his presence, it’s fair to believe that’s true.

Soul-searching in this particular situation is needed. While Brittany was away, Yazan was surely thinking about what was yet to come.

Fans who want this couple to survive can choose to be optimistic, as the show’s participants aren’t allowed to confirm what their current status is in real-time. Next month, when the series returns on October 11, additional insight will be gained.