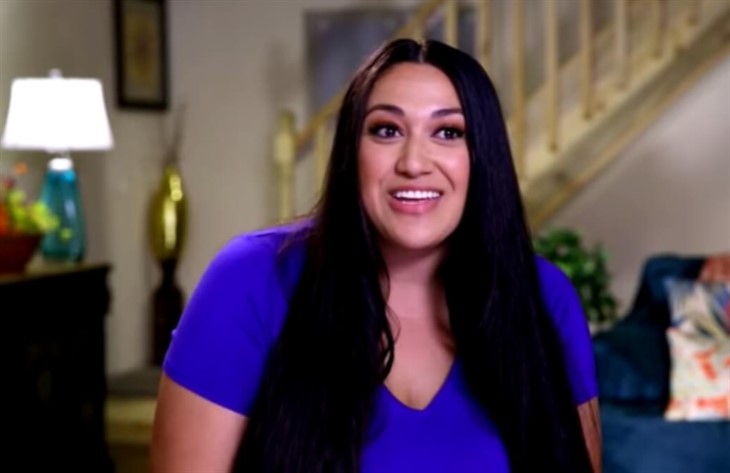 TLC’s “90 Day Fiancé-Happily Ever After” star Kalani Faagata may be mad at her husband Asuelu Pulaa, but she is in no hurry whatsoever to divorce him!

As viewers will recall, Kalani and Asuelu have hit a very rough patch in their marriage in recent episodes of “90 Day Fiancé-Happily Ever After”, and even though they have started couples’ therapy, Kalani was needing some space, and isn’t even sure she wants to stay married but she is very conflicted about the idea of a divorce – because of their two sons, Oliver and Kennedy.

TLC 90 Day Fiance – Happily Ever After Spoilers: Andrei Finally Tells The Potthasts The Truth About His Past

The big problems began when Kalani agreed to take a trip to the state of Washington with Asuelu and the children to help Asuelu with his homesickness, considering that Samoa had a big measles outbreak at the time and she didn’t want to expose the children; one son had his measles vaccination but it had given him a bad reaction, and the other one was too young for it. Asuelu’s mother and two half-sisters live in Washington, so they compromised to go visit them.

However, once they arrived, things only went downhill from that point. It is customary for Samoans to support their parents, but his mother, Lesina wanted $1000.00 and Asuelu and Kalani are not able to support two households and could only help with $100.00 Lesina made a huge point of it not being enough.

Lesina and his two half-sisters, Tammy and Rosa, put all the blame on Kalani for Asuelu not being able to provide for them, even though Tammy is married to a man named Robert, and has children of her own – and works! Kalani was accused of controlling Asuelu and not allowing him to take care of them in the way that he apparently did before he and Kalani married and had children.

Things really came to a head when Tammy even tried to attack Kalani, who is a much bigger woman than Tammy, and Kalani assured Asuelu that she would have “dropped” Tammy if she had proceeded with her attack! After the big blowup between Tammy and Kalani, she went to talk to Asuelu about what had happened and things quickly escalated after Kalani started insulting her in-laws!

Asuelu was offended by Kalani’s use of profanity regarding his family and told her to stop bashing them. She then left the room and started venting to her own sister, Kolini, and Asuelu overheard the conversation and left the house in a rage! He didn’t return until the next day, bearing balloons and flowers in an effort to make up with her, but she then was seen taking them out of her SUV and putting them in a garbage can on the street!

’90 Day Fiance – Happily Ever After’ Spoilers: Double Trouble For Colt Johnson Larissa & Jess Team Up To Take Him Down! https://t.co/SCTWge8qtR pic.twitter.com/QtefuUwmZT

Kalani had talked to her mother, and also talked to the TLC production crew on camera about how fed-up she was with Asuelu, but she did give him an ultimatum – to attend couples therapy with her, and in the most recent episode, he did go with her to their first session. However, even the counselor said on camera that if the cultural differences cannot be compromised on and overcome, that the couple’s marriage may not be able to be saved.

Kalani was frustrated prior to that scene being shown and admitted that the two of them still had many unresolved issues and had avoided talking about what happened in Washington, and the whole experience was bad enough to make her feel like she didn’t even want to try with him anymore.

If they were to divorce, she said, she wanted to know that she had tried everything humanly possible to save the marriage, because she didn’t want to just give up for the sake of the two little ones. She also talked about bringing his family into a session with the counselor to see if they can work things out with one another, but it is still unclear if even that will save their marriage.

Stay tuned to “90 Day Fiancé-Happily Ever After” and check back here frequently for all the latest news, updates, and gossip about all your fave “90 Day Fiancé” shows and stars!

Days Of Our Lives Spoilers: Eli Has Kristen Arrested – Lani’s Deceptive Act to Save BFF

The Young and The Restless Spoilers and Rumors: A Hot Hook Up Between Chance And Chelsea On The Horizon?