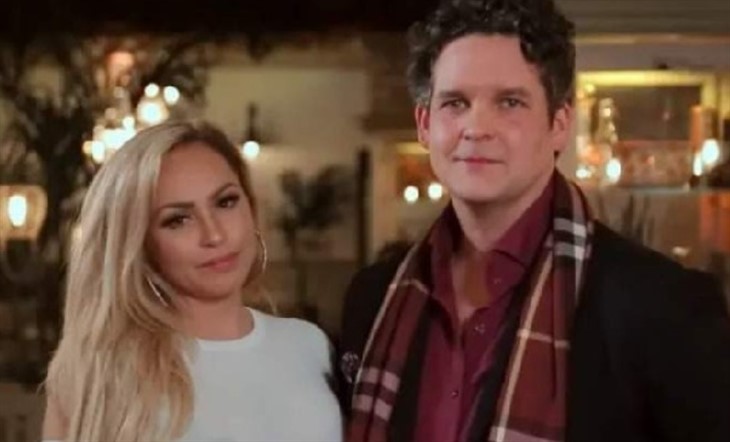 TLC’s “90 Day Fiancé-Darcey and Stacey” stars Darcey and Stacey Silva have revealed a huge secret! It would seem that there was a proposal from Darcey’s ex-husband Tom Brooks, but it wasn’t shown on the show!

According to a conversation on “Unfiltered”, Darcey and Stacey say that Tom proposed to Darcey on an infamous trip the two took to Albania together. Viewers will recall that on an episode of “90 Day Fiancé-Before The 90 Days” the two traveled to meet up with Stacey and her fiancé, Florian Sukaj. Albania is Florian’s home country.

However, the trip turned out to be one disaster after another! Darcey had actually been hoping Tom would propose but he was upset over a fight she had with Stacey over her relationship with Florian. She had accused Stacey of flaunting the relationship. Witnessing this fight was a total turn-off for Tom, while Darcey wound up in tears. She cried at a bar, telling the group she felt unloved by Tom. However, he did propose to her afterward when they returned to their hotel.

Darcey says there were some things that happened in the room. Only Stacey and Florian knew about those things. Tom and Darcey had invited them over, and later in the morning, Tom popped the question! But Darcey didn’t say yes. All of them had been drinking, and because of that, they were in a giddy mood. Darcey says it wasn’t a good enough proposal, and she wasn’t sure if she could trust him. Darcey implies she may have thought it was the liquor proposing, not Tom!

90 Day Fiance – Darcey Had Been Expecting A Romantic Proposal

Darcey had been expecting a romantic proposal, and she didn’t take his drunken one seriously. She wasn’t sure if he really meant it. She expected him to get down on one knee and deliver the whole stereotypical proposal. She wondered if he was just trying to make himself feel better about things that happened earlier in the evening.

Darcey says Tom was sitting in a chair with a glass of champagne in his hand, more like he was raising a toast than proposing! She felt that she was worth more than that! Darcey also considers it a blessing in disguise that she didn’t respond to it. She guessed he wasn’t serious about it because his demeanor changed after they returned to England.

He did give her a box for a ring, but it contained a key to his apartment! Since she was returning to Connecticut, the gesture was meaningless. Darcey says that Tom would shift between demeanors like he had a façade. She compared this to how Jesse Meester had acted with him. Darcey only received confusion and hurt out of both those relationships! After the “proposal” from Tom, she was glad Stacey and Florian were there for her.

The twins reveal other secrets also – one, being why their clothing company was named “The House Of Eleven.” Their brother Michael, who died of a rare form of cancer, was born on May 11 and died July 11, and they honored him by using the number 11 in their business names. They also have a production company called “Eleventh Entertainment”.

They had produced a couple of films and a TV pilot for a reality show to be called “The Twin Life”. The sisters also talked about their plastic surgeries. Of course, they did that together too, since they do everything together. Stacey called them “mommy makeovers” which included breast implants and tummy tucks.

Stay tuned to TLC’s “Darcey and Stacey” and keep checking here for all the latest news, updates and gossip about all your “90 Day Fiancé” shows and stars!