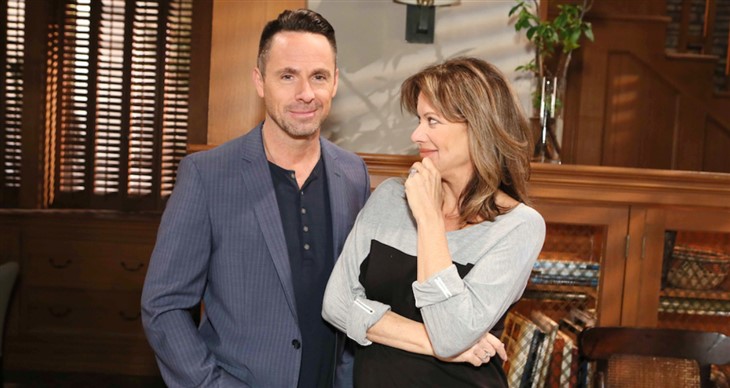 However, Julexis fans still want them back together, and here are five reasons why.

General Hospital’s Julian and Alexis has met about 1979 when Alexis decided to sneak out of boarding school and go to a bar. Alexis was sixteen and Julian was her first lover. Alexis and Julian’s single union resulted in a daughter that her father gave up for adoption. Several years later, when Danny Morgan (Porter Fascullo) had leukemia. Julian and Alexis rekindled their relationship and fell in love.

#2 Alexis Was Happy With Julian

General Hospital’s Alexis was blissfully happy with Julian until he tried to cut her throat. Julian was loving and attentive and the two had what seemed to be the perfect relationship. Julian built a house for Alexis for their lives together. Julian seemed to be the perfect husband until he changed. Could Julian and Alexis recapture their love and move past his infractions against her?

General Hospital’s Julian had won over all three of Alexis’ daughter. All of the girls approved of the relationship because Julian made their mother happy. There was a time that Julian would have done anything to protect Alexis. However, Julian’s sister Liv Jerome (Tanja Walker) ruined their relationship by forcing Julian to help her. Is there any way to get past Julian’s betrayal because of his sister? Can the Julexis magic ever be recaptured?

#4 The Attraction Is Still There

#5 The Love Making Was Off The Charts

General Hospital’s Julian and Alexis have had the best sex onset in years. Julexis sex scenes were hot, attention-getting sex. The two of them weren’t afraid to go all out in their sex scenes and fans loved it. General Hospital fans want their “love in the afternoon” and Julian and Alexis have never failed when it came to sex. Julexis love scenes are worth watching for. Julexis fans have been upset since their separation and have called for a reunion for years.

General Hospital’s Julian and Alexis certainly gave their all in their scenes together no matter that they what their scenes were. However, fans would certainly not be upset with some love in the afternoon and Will and Nancy know how to deliver. GH needs Julexis to reunite ASAP.