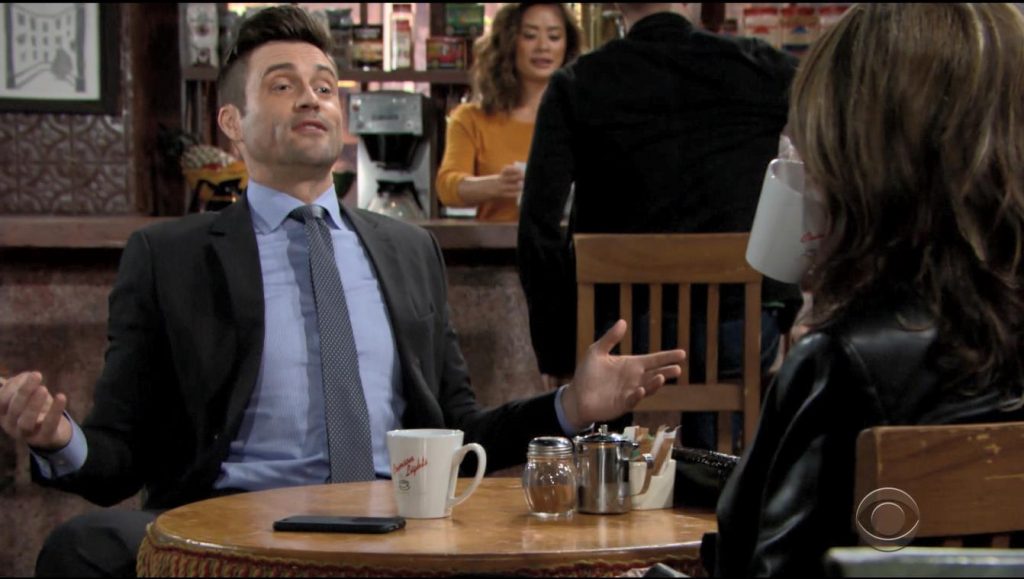 The Young and the Restless spoilers for Tuesday, October 1, tease that Michael Baldwin (Christian LeBlanc) will arrive at the Newman Ranch, and Victor Newman (Eric Braeden) will reveal himself as being alive. Michael will figure out that Victor must have faked his death in order to smoke out Adam Newman (Mark Grossman) out after the medication tampering.

Victor will flash back to when he set up the ruse with Nikki Newman (Melody Thomas Scott), Nick Newman (Joshua Morrow), Abby Newman (Melissa Ordway), and Nate Hastings (Sean Dominic). Then Michael will deduce that the part about Adam setting up Victoria Newman (Amelia Heinle) for the murder wasn’t part of the plot. Victor will say that he’ll explain more when the others arrive.

Meanwhile, at Nick’s house, Chelsea Lawson (Melissa Claire Egan) will still be upset about Victor’s death being faked. She’ll complain that Nick broke her trust and caused Connor Newman (Judah Mackey) a great deal of pain, and that nothing he can say or do will change that. Nick will then get called to the Newman Ranch, and Chelsea will angrily tell him not to hurry back.

Next on Y&R, at The Grand Phoenix, Summer Newman (Hunter King) and Phyllis Summers (Michelle Stafford) will chat, and Summer will still be in pain over Victor’s death. The two will discuss Phyllis’ relationship with Adam, with Summer contending that he’s a monster and Phyllis defending him. Chelsea will arrive, still upset from her interaction earlier with Nick. Nick will try to reach Summer, but she won’t see his calls coming through. 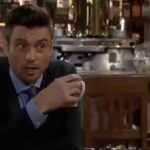 Victor Newman Makes An Announcement To His Family

Later, Victor’s family will have arrived at the Newman Ranch, along with Paul Williams (Doug Davidson). Paul will let everyone know that the pharmacist is now saying that Adam is the one who got her to provide him with altered medications for Victor. Victor will tell everyone that Adam came to the ranch, apologized to him, and said he was leaving town. Victor will say that he let Adam go, and that he got what he wanted – he saw a change in Adam.

This will upset Paul, since he agreed to the ruse in the first place in order to see justice done, not to just let Adam go. Victor will say that if Paul pursues Adam, then he won’t cooperate with the investigation. Finally, Victor will say that he wants one more thing from Michael.

Next on Y&R, at The Grand Phoenix, Phyllis, Summer, and Chelsea will watch the TV as Michael holds a press conference with Victor standing beside him, saying that all charges against Victoria have been dropped and that there was no murder. Summer will be shocked to see Victor standing there, and she’ll cry as she realizes that others knew about Victor, but she didn’t. Phyllis will be peeved and will head to the ranch with Summer.

Back at Crimson Lights, Paul will meet up with Rey Rosales (Jordi Vilasuso) and Sharon Newman (Sharon Case), and Paul will fess up that he was in on the ruse, and that Victor let Adam get away. Sharon will then call Nick, angry that she now has to tell Faith Newman (Alivia Alyn Lind) about this whole mess.

Next on Y&R, at Devon Hamilton’s (Bryton James) penthouse, Devon will reel from the news that Cane Ashby (Daniel Goddard) is the named beneficiary in Amanda Sinclair’s (Mishael Morgan) alleged will document. Brittany Hodges (Lauren Woodland) will examine the “will” and see that it’s a photocopy, and Amanda will assure that the originals will be available soon. Still, Brittany will say that she’ll have an expert examine the document.

Devon will have words with Amanda and tell her to think long and hard before she pursues this, and Amanda will be flippant about the whole thing, even suggesting that Tucker McCall (Stephen Nichols) is out of touch because he feels guilty. Amanda and Brittany will eventually leave, and Brittany will remark to Devon that the whole thing seems bogus, since Cane isn’t a blood relative of Katherine Chancellor’s (Jeanne Cooper).

Later, Devon, Jill Abbott (Jess Walton), and Cane will learn that Victor is alive. Talk will then turn back to the will issue, and Devon will lash out at Cane, but Cane will adamantly say that he would never abuse Katherine’s legacy, and Devon will end up apologizing. Cane will say that he’ll find Chance Chancellor (John Driscoll).

Back at the Newman Ranch, Summer will arrive and embrace Victor, with Nick trying to explain that he attempted to reach her to let her know the news. Phyllis will come in and say that she is sickened by them and she’ll blast them for doing this to Summer. She’ll realize pretty quickly that they didn’t want Summer telling her about the ruse. Summer will be terribly hurt that the family let her grieve.