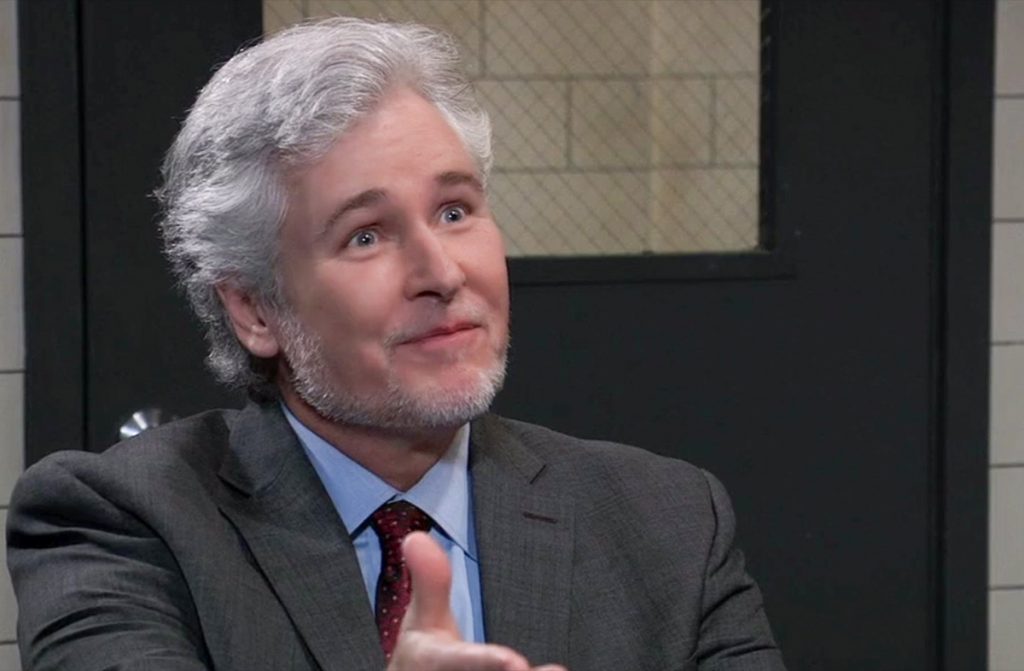 In the Port Charles park, Alexis Davis (Nancy Lee Grahn) and her daughter Kristina Davis (Lexi Ainsworth) are jogging in the park. Alexis asks Kristina how she feels about Shiloh’s death.

At Pentonville prison, Willow Tait (Katelyn Macmullen) stops by to visit her mother Harmony Miller (Inga Cadranel). Harmony apologizes for her role in what Shiloh did and Willow tells her that he is dead. Willow relays to Harmony what happened with the kidnapping and eventual killing of Shiloh.

In the Port Charles park, Josslyn Jax (Eden McCoy) is walking and minding her business when someone calls out her name, its Nelle Benson (Chloe Lanier). Nelle is on trash duty and comes over to ask Josslyn how she is. Joss says Michael Corinthos (Chad Duell) has a new girlfriend and has moved on without her.

Nelle tells Josslyn that she is a model inmate which is why she is on park duty. Nelle says she will be released soon and they will run into each other more often and that she “forgives her.” Josslyn tells her to forget her apology and that’s she’s a sadistic bitch, she then gets the guard to move her away.

General Hospital Spoilers – Carly Corinthos’s baby is on its way

In her hospital room, Carly Corinthos (Laura Wright) son Michael Corinthos (Chad Duell) has come to visit her. Carly says she is nervous about the c section and Michael wonders why she needs one. Carly is taken into the operating room where her husband Sonny Corinthos (Maurice Bernard) joins them.

In the GH waiting room, Jason Morgan (Steve Burton) explains to Michael that the baby has spina bifida. Josslyn arrives at the hospital and explains about her ugly encounter with Nelle in the park.

Olivia has Dustin investigated. Is the new romance doomed on #GeneralHospital? #GHhttps://t.co/quQFHNN1e4

Still in the park, Kristina Davis (Lexi Ainsworth) tells her mother Alexis Davis (Nancy Lee Grahn) that she discussed Shiloh and Dawn of Day in her therapy group. A friend name Kendra joins them and Kristina swears she has seen her before.

Alexis explains that Kendra is her personal trainer and she’s helping her change her life.

At the PCPD Jordan says she has some more serious questions about Sam killing Shiloh. Diane Miller (Carolyn Hennessy) arrives at the PCPD to defend Sam and find out what is going on. Jordan reads a statement from a nurse at GH who overheard Sam admit to killing in Shiloh, she wonders if the killing was really self-defense.

At Pentonville, Nelle meets with a new lawyer – it’s Michael Knight who was formerly Tad Martin on All my Children. Nelle explains to the lawyer all the awful things that have happened to her over the years.

Carly’s baby is delivered okay and it’s a beautiful baby girl. The spina bifida appears to be totally fixable and they name the baby Donna. As Carly cries, they take the baby away for surgery.

The trainer who is working with Alexis shows her a supplement that thinks it will help her workouts and diet. The trainer takes a call and we see a picture of Kiefer on her phone – the boyfriend of Kristina that Alexis killed.

Sonny reveals the baby was named after Donna Messina who was a neighborhood friend (in real life she was a stylist on the show who passed recently).

At the PCPD, as Sam is about to leave the station, Jordan arrests her for the murder of Shiloh….flash to preview