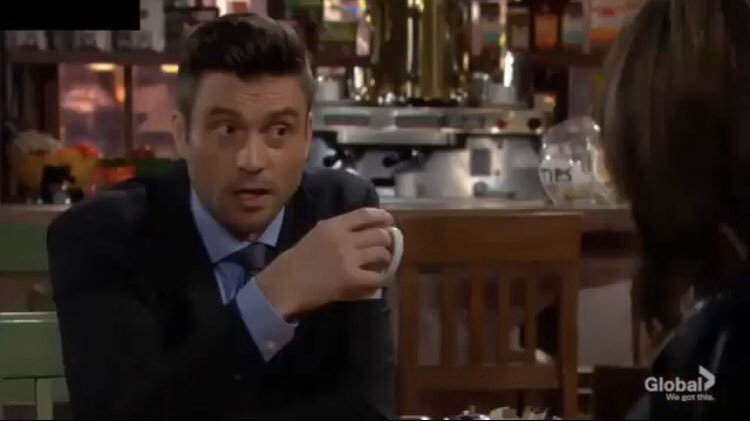 The Young and The Restless spoilers tease that Phyllis Newman (Michelle Stafford) will be intrigued by Cane Ashby’s (Daniel Goddard) actions this week.

If she is intrigued by Cane’s actions concerning the challenge to Katherine Chancellor’s (Jeanne Cooper) will, viewers have to wonder how she even knew about the issue; but then, Phyllis seems to have a way of getting her nose into everything, whether it’s her business or not!

Perhaps she hears Amanda Sinclair (Mishael Morgan) on a phone call since Phyllis is now the head of security at the Grand Phoenix and Amanda happens to be staying there! Maybe she hears Cane’s name mentioned as being the true heir of the bulk of Katherine’s estate, and she just cannot resist cozying up to a brand new billionaire!

Even though Phyllis and Cane don’t have any history with each other, per se, they probably know of each other since they have so many mutual friends. If she eavesdrops on some of Amanda’s phone calls and hears about the situation, she will probably keep her eye on Cane, and possibly Amanda as well.

She may hear, through mutual friends or eavesdropping on the conversations of others, how Cane had the nerve to show up at the gathering at Devon Hamilton’s (Bryton James) house where he supposedly “knew” the will that would arrive for Amanda during the gathering, said to have been overnighted by Chance Chancellor (John Driscoll) would name him as the heir, and how he acted so innocent like he was surprised by the whole thing.

This is exactly the type of situation that would intrigue Phyllis, and she might decide she wants to get to know the guy! She will marvel at his slickness in putting this fraud together, assuming that he did perpetrate the fraud with the new version of the will!