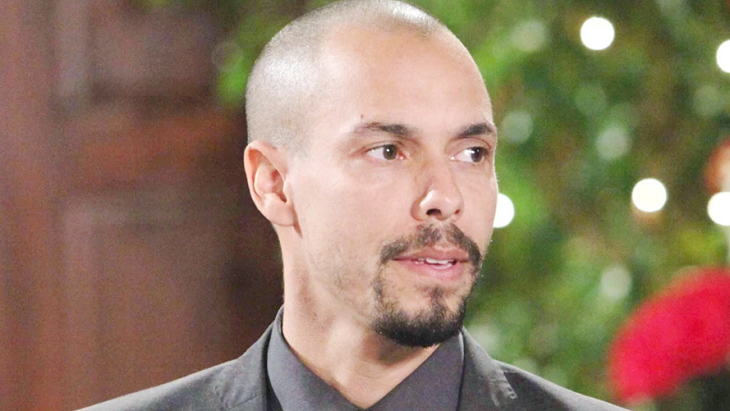 The Young and the Restless spoilers indicate that Devon Hamilton (Bryton James) is ready to move on with his life and he may find love with a new lady.

Last year, Devon suffered a devastating loss when his wife Hilary Curtis (Mishel Morgan) and their baby died from complications following a car accident. The loss of Hilary and his child, plus his sister Lily Winters’ (Christel Khalil) imprisonment took a toll on him.

He was headed towards a dangerous path when he began taking pills, but with the support of the Winters family and the return of his sister Ana Hamilton (Loren Lott), Devon seems to be doing better.

Young And The Restless Spoilers – Ana Hamilton Found Her Father

Thanks to Ana, Devon has focused his attention on his business and is making strides in the music world. It’s also with thanks to his sister that he may find his next love.

Devon learned Ana had been keeping a secret from him. She had found out her father was Jett Slade (Gilbert Glenn Brown), but he was ill. Ana had been secretly giving money to Jett and his nurse Elena Dawson (Brytni Sarpy) for medical treatments.

After hearing about Jett’s story, Devon will want to help in any way he can and that means he’ll be spending more time with Elena. A connection will form between the two and Devon will feel that maybe it’s time for him to start dating again.

Young And The Restless Spoilers – Is Devon Hamilton Ready To Move On?

While Hevon fans won’t be happy, this will be good news for Y&R viewers who are ready to see Devon move on. Elena is the opposite of Hilary, and it will take a while for fans to warm up to her. But with a little time and the proper storytelling, Elena could win over the hearts of fans.

Devon’s romance with Elena will make for great story telling. First, there will be the guilt he’ll face over moving on. A part of him will feel like he’s betraying Hilary, and he’ll wonder if he’s doing the right thing.

Another factor to consider in the story is Ana’s reaction. Will she be happy for her brother and Elena? Or will she try put an end to their blossoming relationship?

General Hospital Spoilers: Who Knocked Kevin Collins Out On The Pier?