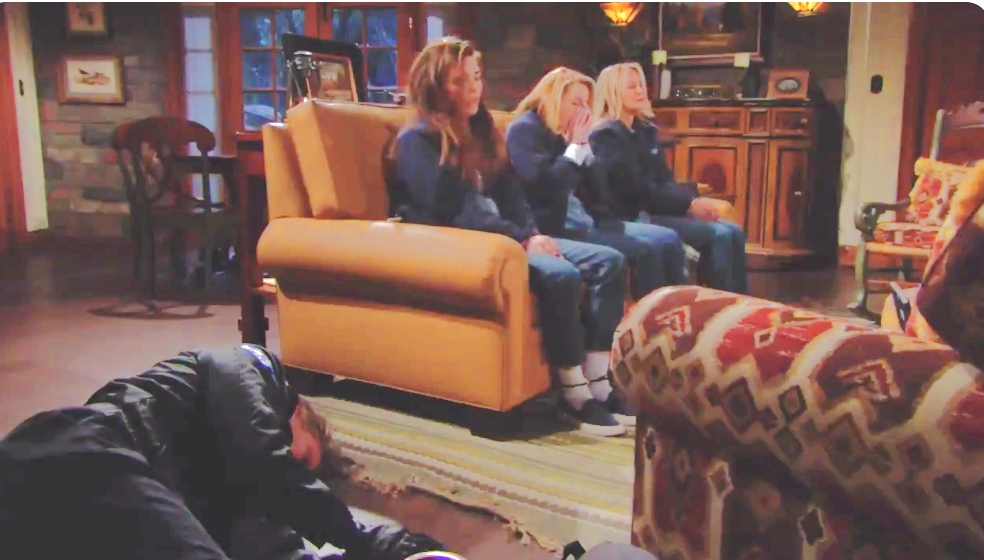 The Young and the Restless (Y&R) spoilers for the week of March 25 tease that the J.T. Hellstrom (Thad Luckinbill) storyline will come to a crashing end. After a whole (long) year, the fans will be able to know how it all ends. And, to be honest, they will probably find a way to keep J.T. alive and somewhat explain his abusive behavior. Here’s what you need to know about what’s ahead on Y&R.

The Newmans Save The Cover-Up Crew

According to the newest issue of Soap Opera Digest, after JT passed out, the women are tied up and there is a gas leak. Of course, they need to get away so no one gets hurt. Victoria (Amelia Heinle) didn’t want to leave J.T. behind either, because he is their ticket out of jail.

Y&R spoilers say that Victor Newman (Eric Braeden), Nick Newman (Joshua Morrow), and Rey Rosales (Jordi Vilasuso) will show up just in time to save the women. They will get J.T. the help he needs by sending him to the hospital.

Here's the sneak peek clip #YR fans unlocked in our Facebook live this morning! 👏 In case you missed our fun game of trivia, check it out: https://t.co/D3wbFeEQ1Q pic.twitter.com/WBUDhDslrV

At this point, Victor and Nick are thrilled the women are okay. They had been through so much in the past few weeks, and Victor is happy to say the nightmare is over!

Is The Nightmare Really Over?

After J.T. is taken to the hospital, Victoria will wonder if they are really safe. She will question Rey if they will have to go to prison, even though J.T. is alive. Of course, he will tell her that she won’t need to, but Christine Williams (Lauralee Bell) won’t like that. However, she won’t have a choice after she sees J.T. is alive and the women never committed murder.

It’s unlikely that J.T. will face any charges either. He might have a medical reason for lashing out at the women, or it could have been pent up rage over the way the Newmans have treated him over the years. Whatever it is, he will probably walk free and poor Victoria will have to worry that he’s going to come back for more revenge at any moment.

Are you surprised that J.T. will probably not pay for torturing the Newmans? Don’t forget to come back later for more The Young and the Restless (Y&R) spoilers, news, and casting updates!