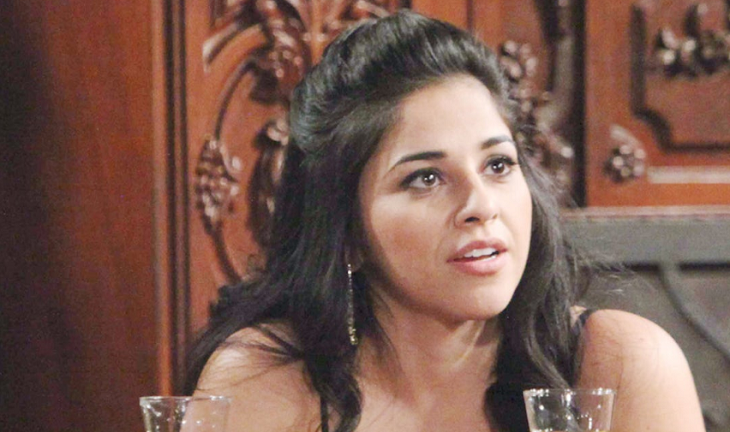 The Young and the Restless spoilers indicate that a who’s the daddy story will be centered around Mia Rosale’s (Noemi Gonzalez) baby.

Weeks ago when Rey Rosale (Jordi Vilasuso) learned that Mia was Lola Rosale’s (Sasha Calle) attacker, he planned to arrest his wife until she blurted out that she was pregnant. At first Rey didn’t believe her, but a positive pregnancy test changed his mind.

Viewers thought that Mia faked the test by having the pregnant woman from the hospital take it, but now it appears that Mia is indeed with child.

The pregnancy is going to shock everyone, including Mia, who’ll be wondering who the father is.

Mia claims that Rey is the father; however it was revealed that Mia slept with Arturo Rosales (Jason Canela) the night of the blizzard. This new twist shocked fans and has them preparing for a who’s the daddy plot. 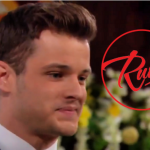 Even though Mia’s married to Rey and wants to make their marriage work, in reality her heart belongs to Arturo. She’s been a constant thorn in Arturo’s side as she tried to break up him and Abby (Melissa Ordway).

Young And The Restless Spoilers – Arturo Will Be Suspicious

At the moment, Mia’s torn about who she wants to be with and having a baby will complicate matters. Her marriage to Rey is on the rocks now that she knows he has feelings for Sharon (Sharon Case). Mia loves Arturo, but he’s engaged to Abby.

With Rey thinking he’s going to be a dad, he’s dedicated his life to protecting Mia and saving their marriage. However, once Arturo learns of Mia’s pregnancy, he’s going to be suspicious and demand a paternity test, which will expose her secret.

The Young And The Restless Spoilers: How Will Paul’s Return Affect J.T. Case? – Doug Davidson Returns!#YRhttps://t.co/RxZZ23vLAM

Mia’s going to be left with a tough decision to make. She’ll either keep her baby’s paternity hidden or she’ll tell the truth and in the process further destroy the bond of the Rosales brothers.