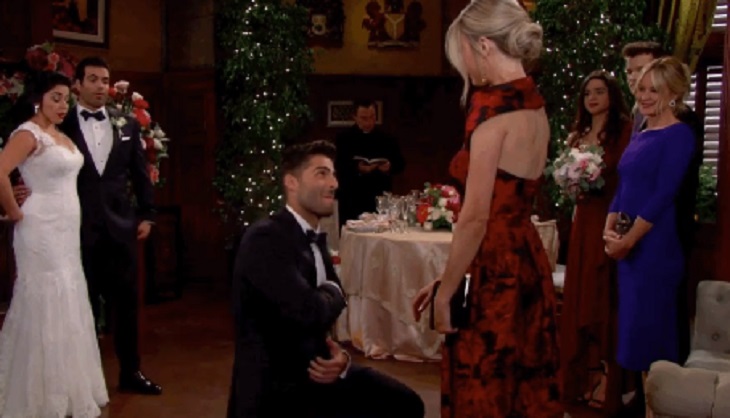 The Young and the Restless (Y&R) spoilers tease that Victor Newman (Eric Braeden) will give Arturo Rosales (Jason Canela) an ultimatum about Abby Newman (Melissa Ordway) and he warns him not to hurt his daughter. During the clear threat, Victor references Arturo’s hookup with Nikki Newman (Melody Thomas Scott). It looks like Victor does not support Abby’s relationship with Arturo.

Young And The Restless Spoilers – Victor Issues A Threat

Typical of Victor, he has to take charge after learning that Abby agreed to marry Arturo. Victor has a slew of reasons not to like Arturo. He feels as if he is using his daughter as a meal ticket. He hasn’t liked him for quite some time as he was Nikki’s boy toy for a while.

It shouldn’t be a shock to Abby when Victor does not support her upcoming marriage. Even though Abby knew her dad was not a fan of Arturo, she had no idea that he would go to her fiancé and issue him such a dire threat.

Victor visits Arturo and lets him know that if he hurts Abby he will come after him. He lets him know that he will never be welcomed in the family after his fling with his wife, Nikki. Of course, Arturo tries to apologize, but Victor refuses to allow him to speak.

Mia (Noemi Gonzalez) made her feelings for Arturo known— she loves him and she believes he feels the same. Mia told him that they were each other’s first love and that feeling doesn’t just disappear because they wished they would. While Mia put her marriage first and renewed her vows, it’s clear the man she really wants to be with is Arturo.

Arturo and Mia both love each other and they are keeping each other at arm’s length. This will only last a little while. At some point, they will hit the sheets and Rey (Jordi Vilasuso) and Abby will be hurt in the process.

How long do you think it will take for Arturo and Mia to hit the sheets? Don’t forget to come back for more The Young and the Restless (Y&R) spoilers, news, and casting updates!