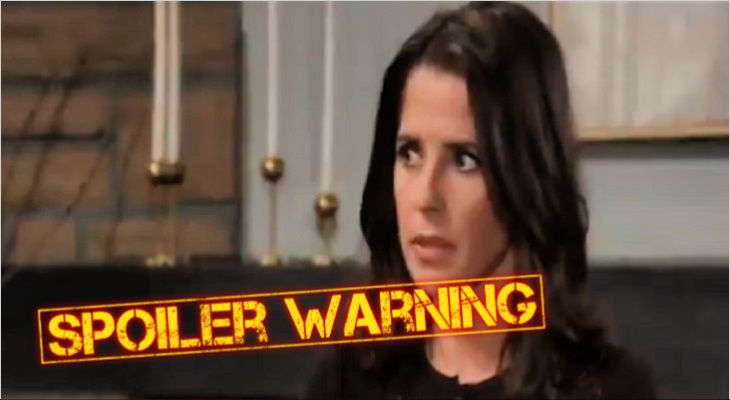 “General Hospital” spoilers for Tuesday, January 29, tease that Carly Corinthos (Laura Wright) will defend her husband. Dr. Griffin Munro (Matt Cohen) will be summoned for a chat about Mike Corbin (Max Gail), but he may have a disapproving attitude. Griffin might believe Mike should’ve been moved to Turning Woods long before now. He may scold Sonny Corinthos (Maurice Benard) for dragging his feet.

However, Carly will point out that Sonny isn’t Mike’s enemy. He’s just been struggling to let his dad go as anyone in his situation would. Besides, Sonny wants to do what’s best for Mike now and that’s what really matters. They’ll get the ball rolling on Mike’s full-time Turning Woods status pretty soon.

Over with Curtis Ashford (Donnell Turner), he’ll get a bit too pushy with Stella Henry (Vernee Watson). When Curtis offers his view on Stella’s connection to Marcus Godfrey (Nigel Gibbs), she’ll try to shut down the conversation. Stella will argue that Curtis needs to stop making assumptions about her life.

Other “General Hospital” spoilers say Kristina Corinthos-Davis (Lexi Ainsworth) will hear Shiloh Archer (Coby Ryan McLaughlin) out. He’ll be determined to regain Kristina’s trust, but that shouldn’t be too hard. Since Daisy (Kelsey Wang) admitted to sending the obituary and emails, she’s the one Kristina’s upset with. Kristina will likely assure Shiloh that she still trusts him and believes in his organization.

Meanwhile, Sam McCall (Kelly Monaco) will offer an explanation. She just told Jason Morgan (Steve Burton) they have to break up, so he’s obviously confused right now! Fortunately, this is just a fake breakup. Sam only wants to pretend they aren’t together so she can cozy up to Shiloh. She’ll think she has to beat him at his own game and put a stop to his manipulation.

Across town, Ava Jerome (Maura West) will be both angry and hopeful. Her rage over Kiki Jerome’s (Hayley Erin) murder will rev back up, but she’ll at least think justice is within reach. Now that Lulu Falconeri (Emme Rylan) is awake, Ava will count on her to identify the serial killer and lock this guy up.

Of course, GH fans know Lulu can’t recall much about that night. She’ll tear up as she struggles on Tuesday, but Laura Webber (Genie Francis) will try to soothe her daughter. Lulu is living and breathing, so that’s enough good news for her family and friends. Catching the murderer would just be icing on the cake.

Lulu will keep trying, so puzzle pieces might come back to her eventually. Ryan Chamberlain (Jon Lindstrom) will have to watch out for this lingering threat! We’ll give you updates as other “General Hospital” details and rumors emerge. Stick with ABC’s GH and don’t forget to check Soap Opera Spy often for the latest “General Hospital” spoilers, rumors, updates and news.