Young and the Restless Spoilers: Should Y&R Reunite Sharon and Adam – Shadam Again?

Sharon Newman (Sharon Case) and Adam Newman (as now played by Mark Grossman) were once a couple on ‘The Young and the Restless’. Based on current storyline momentum, it appears as though Y&R may reunite this pairing. But should that happen?

This question doesn’t ask if the characters in question will be romantically re-paired, but whether the fans think they should be. This fully subjective query is one that pokes hardcore fan knowledge of show history, with newer viewer’s takes also being meaningful.

Old school ‘Shadam’ involved Case and Michael Muhney’s version of Adam. At that point in time he’d come to love Sharon after stealing her baby, Faith Newman (as currently played by Alyvia Alyn Lind). That arc involved a give of Faith to Ashley Abbott (Eileen Davidson), unbeknownst to her, as a way to make amends. 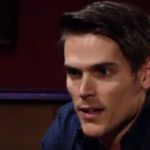 Classic scenes in New Orleans, Louisiana, remain etched in the minds of ‘Shadam’ fans. As for Sharon, she’s recently reasserted that Adam saved her life on more than one occasion. He was responsible for pulling her from the fire she set at the Newman Ranch main house and also for ensuring that she received mental health treatment that resulted in her bipolar diagnosis.

Without Chelsea Boudreau (Melissa Claire Egan), there will be no ‘Chadam’ reunion. Adam was right to expect one, not knowing that she’d remarried while he was presumed dead. But her choice of Nick Newman (Joshua Morrow) indicates that she won’t be Adam’s summer of 2019 love interest.

Rey Rosales (Jordi Vilasuso) was again betrayed by his wife, Mia Rosales (Noemi Gonzalez). That’s why they divorced and she’s with Arturo Rosales (Jason Canela). Rey was upfront with Sharon about Adam’s intentions toward her. Vilasuso’s character also advised that he would have no tolerance for any breach of trust going forward.

The Young and the Restless Spoilers: Jack and Ashley Reconcile, Work Together To Save Jabo #yr #youngandrestlesshttps://t.co/kJwrcUL7aZ

Sharon clearly has retained feelings for Adam, which all viewers recognized since she agreed to meet with him in Las Vegas, Nevada. Adam is without Chelsea and has acknowledged, to himself, that he’s still attracted to Sharon. Both factors make a revisiting of this couple possible.