The Young and the Restless (Y&R) spoilers tease that Adam Newman (Mark Grossman) will betray Chelsea Newman (Melissa Claire Egan), or at least that’s what she thinks. She begins to wonder if she can trust him at all. And, after his latest scheme, he could shove Chelsea into his enemy and brother’s arms. Here’s what you need to know about what’s ahead on Y&R.

Chelsea learns that Adam crossed the line and she isn’t sure she can ever trust him again. It quickly becomes apparent that Adam recorded one of their conversations and Rey Rosales (Jordi Villasuso) somehow gets a copy of it. The Young and the Restless spoilers sat that Nick Newman (Joshua Morrow) lets Chelsea know that he can contain it as Rey works for him, but he wanted to let her know.

Young And The Restless Spoilers – Is Adam Framing Chelsea?

It does nothing to ease Chelsea’s fears. The Young and the Restless spoilers state that Chelsea worries that Adam is planning on framing her for Calvin Boudreau’s (John Burke) death, suggesting that she could have overmedicated him “or something.” 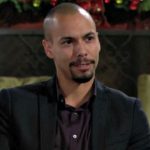 Chelsea admits to Nick that the law might think that this recording proves that she had a hand in Calvin’s death, as she benefits the most from his passing. Y&R spoilers say that Nick hates that Adam is targeting Chelsea like this. He thinks Adam is blackmailing her to force her to come back to him.

Young And The Restless Spoilers – Will Adam’s Plan Backfire?

The Young and the Restless spoilers tease that Adam’s plan is to get Chelsea so frazzled about being charged with Calvin’s death that she will turn to him for help. However, his plan might not work out so well. Instead of turning to her former husband, she could turn to Nick for help. It could leave Adam rejected.

The one thing that makes Adam dangerous is when he feels rejected or like he is owed something. If Nick thought he was determined to get sole custody of Christian before, something tells the Y&R fans that it will only get worse for her from here on out.

Do you think Adam will use his recording of Chelsea to force her to come back to him or go to jail?

Days Of Our Lives Spoilers: Maggie Horton Needs Help – Can Sarah Save Her?