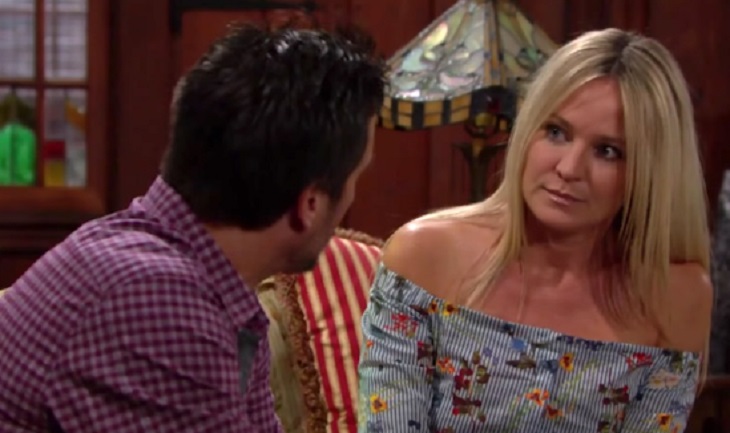 The Young and the Restless (Y&R) spoilers for the week of February 4 tease that Nick (Joshua Morrow) and Sharon (Sharon Case) will share a tender moment. Nick goes to Sharon for support. He knows he can lean on her for support and advice. Is it a clue that Shick will eventually get back together? Here’s everything we know about this upcoming Y&R storyline.

Nick cannot deny the fact that Phyllis (Gina Tognoni) has a vendetta against his dad and she would do anything to make sure he is behind bars. She has admitted that she would stoop to framing him for a crime he didn’t commit. Even so, Nick makes excuses for her, suggesting she has every reason to feel that way.

No one is suggesting that Phyllis doesn’t have a reason to feel the way she does regarding Victor. However, it is wrong to frame him for crimes he had no part in.

Nick feels like Phyllis is working against his family and he goes to see Sharon for support. Of course, Sharon, being the good friend, she is, lends him a listening ear. She lets him know that she is there for him anytime he needs someone to talk to.

Young And The Restless Spoilers – Is Shick Really Over?

For months, Sharon has been upset with Nick over his hookup with Phyllis. She vowed not to forgive him this time. It brought up so many bad memories of Cassie’s (Camryn Grimes) death. Now, after several months, Sharon is starting to soften and she seems to be more open to Nick.

Nick is with Phyllis right now. However, if he thought, Sharon would give him another shot, he would probably end it with Phyllis. They aren’t in love and seem to be together out of convenience.

Do you think Nick and Sharon will get back together? Don’t forget to come back later for more The Young and the Restless (Y&R) spoilers, news, and casting news!

General Hospital Comings And Goings: Spencer Is Back, Daisy Is Leaving!