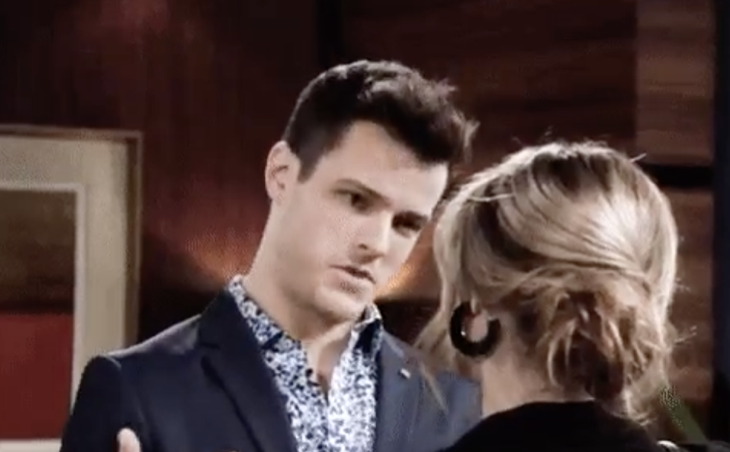 Young and the Restless (Y&R) spoilers tease that Kyle Abbott (Michael Mealor) will fight his attraction to Summer Newman (Hunter King) during the week of February 4. Lola (Sasha Calle) will pick up on his attraction and she will make a big decision about their relationship. Here’s everything we know about this Y&R storyline.

Kyle and Lola are getting along great. The last thing he wants to do is make her feel insecure about his feelings for her. Kyle adores her and he believes that Lola could be the woman for him. At the same time, he and Summer have a connection. They get along great and, if he would be honest with himself, they love each other.

Fen (Zach Tinker) and Summer get along great too, However, Summer isn’t attracted to him, at least not like she is to Kyle. She sees him as a friend. Fen, on the other hand, seems to be interested in Summer as well as Lola. Fen seems to just want someone to hang out with right now. He is in love with the idea of being a Rockstar.

OT- Not phick related but Summer and Kyle are loads better than him and Lola. I just find her really boring regardless of how I feel about Summer.😬 #Summer #Kyle #YR pic.twitter.com/0j5H60o4qa

Young and The Restless Spoilers Fen Makes A Play For Lola

Ever since Fen met Lola, he has been taken with her. He thinks she is something unique and he wants her to stop dating Kyle and be with him instead. However, Lola is taken with Kyle.

Fen’s play will be to show Lola that Kyle cannot be trusted around Summer. He will point out that Kyle didn’t tell her about Summer’s arrival and there has to be a reason for it. At first, Lola will probably say Kyle was being considerate of her feelings. Then, she will realize that Kyle does love Summer and he wants her too.

Will Lola force Kyle to make a decision between her and Summer? Don’t forget to come back for more The Young and the Restless (Y&R) spoilers, news, and casting updates!