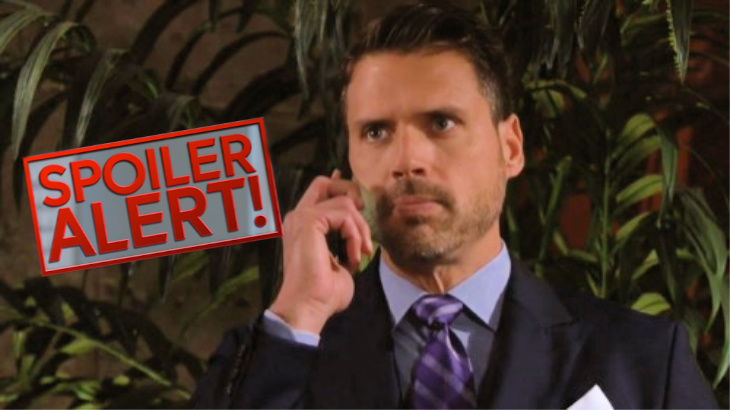 “The Young and the Restless” spoilers for Tuesday, February 5, tease that Summer Newman (Hunter King) will open up to Phyllis Summers (Gina Tognoni). At Jabot, Summer drops by and talks about the awkwardness with Kyle Abbott (Michael Mealor). When she finally figured out that relationship could go somewhere, Lola Rosales (Sasha Calle) was already in the way.

Summer mentions her recent date night with Fenmore “Fen” Baldwin (Zach Tinker) and frets about messing things up for “Philly.” She apologizes again for what happened with Billy Abbott (Jason Thompson), but Phyllis assures her daughter of her love. Summer guesses Billy couldn’t get over Phyllis and Nick Newman’s (Joshua Morrow) betrayal, but her mom just changes the subject.

At Crimson Lights, Mariah Copeland (Camryn Grimes) fills Kyle in on Tessa Porter’s (Cait Fairbanks) job interview. Tessa’s hoping to score a position at the restaurant Abby Newman (Melissa Ordway) and Lola are opening. Kyle’s got a good feeling about Tessa’s chances, but he’s struggling in his romance. He feels like Lola’s cooking takes up most of her time.

Mariah wonders if the distance between them has more to do with Summer instead. She advises Kyle to stick with avoidance instead of renewed friendship. Later, Summer bugs Kyle by grabbing his laptop to see modeling pics. She gets his phone as well and sees that Lola hasn’t been texting. Summer thinks Lola and Kyle have been arguing about her, but he makes it clear that Lola’s who matters.

Back with Mariah, she meets up with Tessa and learns there was a snag in her interview. Everything was going great until Abby and Lola wanted to know why Tessa left her barista job. Tessa told them she wanted to pursue other opportunities, but she fears Sharon Newman (Sharon Case) will blow this for her with a bad reference.

Mariah doesn’t want Tessa to give up yet, but Tessa’s just trying to be realistic. She believes her past is always going to come back to bite her, but she really wants this job as a way to feel human again. Mariah insists it’s going to happen and dashes off to take care of something. She ends up finding Abby and Lola in hopes of convincing them to give Tessa the job.

After downplaying Sharon’s concerns about Tessa, Mariah gets good news. Abby and Lola reveal that Tessa got the job, so they agree to let Mariah tell her. She returns to the coffeehouse and shocks Tessa with word of her employment, which results in a happy dance and a warm moment.

As Kyle and Summer’s continues, he defends Lola as a very busy woman. Summer feels like there’s more to the story and offers to listen when Kyle wants to come clean. At Nick’s house, he speaks with Michael Baldwin (Christian LeBlanc) about the surveillance equipment discovery. They consider the possibility that J.T. Hellstrom (Thad Luckinbill) is alive and out for revenge.

With the heaviest of hearts, we say goodbye to our friend and CBS Daytime family member, the incomparable, Kristoff St. John. @YandR_CBS #YR pic.twitter.com/htphXEzOHh

Michael leaves, but he reports back with updates by phone. Unfortunately, tests showed no traces of DNA on the equipment. Phyllis is brought up to speed and worries that if J.T. has returned, his vengeance will be brutal. Nick is just as determined to bring J.T. or any other Newman enemy down. He insists he’s going to protect his family and crush the person responsible.

“The Young and the Restless” spoilers say some hot drama’s ahead on the CBS soap. We’ll keep you posted as other Y&R details and rumors emerge. Stay tuned to see what’s next in Genoa City.