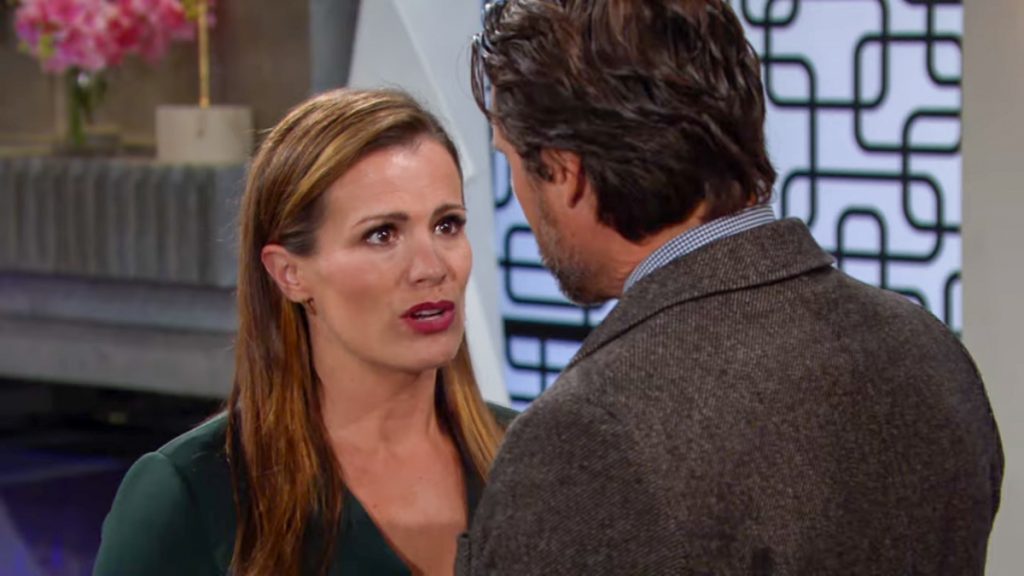 Connor shows every sign of having developed post-traumatic stress disorder because of the fearful hostage situation at the Grand Phoenix, when Simon Black (Jeffrey Vincent Parise) took Chelsea, Connor, Adam, and Abby Newman (Melissa Ordway) hostage and threatened to kidnap Connor and kill Adam in front of him! Connor has gotten very attached to his father, and prefers to live with him than with Nick and Chelsea at their place, and first they allowed him to do so once Nick went and got Adam back from Las Vegas.

But now he wants both his parents with him and so Chelsea packed her bags and moved in with Adam so that she could be close to Connor, hoping living with both his mom and his dad would make him feel safe again. Magic eyes, the little game she taught him didn’t even work to make him feel safe and neither did his security blanket, a large crocheted granny square that someone obviously made with love for him. Adam took him to a child psychologist who specializes in traumatized children, and that didn’t work. He brought Sharon Newman (Sharon Case) in on the case and even though Connor feels comfortable with her, a traumatized child has no easy or instant answers or cures.

Y&R Spoilers – Chelsea Lawson Must Date Nick Newman Instead of Live With Him, And He Dropped Out Of The City Council Race

Chelsea now must date Nick instead of living with him, and possibly limit that as well and put her son with Adam first, and Nick dropped out of the City Council race over the possible scandal of Simon Black trying to retrieve dirty money of her late husband Calvin Boudreau’s (John Burke) that she had gotten Kevin Fisher (Greg Rikaart) to launder, but then it fell apart when the Feds seized the bank he used and all its accounts and assets – just in time for Simon to want the money, which Calvin apparently borrowed from him back!

This is what, as Y & R viewers know, led to the hostage standoff and Adam, Chelsea, Connor and Abby coming very close to having been killed, had it not been for Chance Chancellor (Donny Boaz) having tracked him to Genoa City and being in the hotel! Nick, in the meanwhile, decided that his family and the crisis Chelsea and little Connor are in far outweighs in importance his political campaign and dropped out of the city council race. There’s always the next time around! Chelsea feels terrible about his dropping out and feels responsible and he tells her it is not her fault. He is comfortable with his decision, although he would have preferred it had been on his own terms!