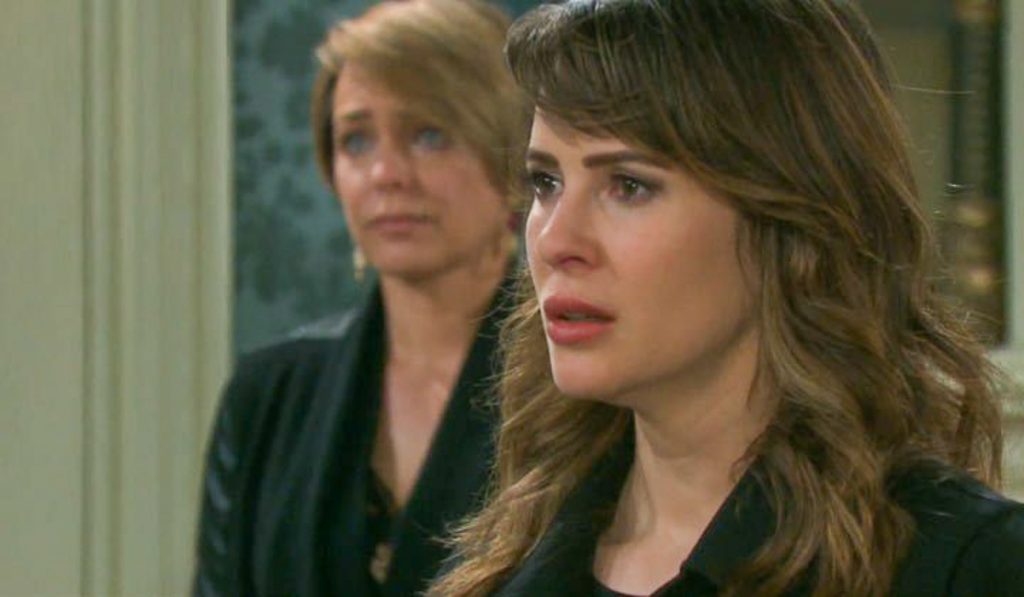 Days of Our Lives spoilers reveal Xander Cook Kiriakis (Paul Telfer) and Sarah Horton (Linsey Godfrey) bond over baby Mickey. Meanwhile, Nicole Walker (Arianne Zucker) confesses to Eric Brady (Greg Vaughan). Could it be time for the truth about the little girl to finally come out?

DOOL spoilers confirm that after a one-year time jump, Sarah has managed to keep the truth about baby Mickey under wraps. Eric is presumed to be the biological father and he suspects it, despite a paternity test saying otherwise.

However, secrets eventually come out. Could it be time for him to realize that baby Mickey is his little girl?

While Eric is in the dark, Xander has been playing daddy and doing everything he can for Sarah and her child. As the infant grows, expect to see “Xarah” getting closer. In fact, it is teased that Xander will profess his love to Sarah. Even though others have warned her about Xander, it is clear she has developed feelings for him.

Days of Our Lives spoilers indicate that Nicole has kept the secret about baby Mickey for an entire year. She doesn’t like keeping this from Eric, but gave her word. One part of her knows that it is wrong to keep a father from his child. The other part of her worries that she could lose him if the paternity truth comes out. Plus, Xander made it clear that obeying his orders would be in her best interest.

During a recent episode of the NBC soap opera, Xander said he was concerned that Nicole’s conscious would ruin everything for them. While what Nicole confesses wasn’t revealed, it seems that it’s time that the truth gets out.

With Clyde Weston (James Read) forcing Xander to confess to Jordan Ridgeway’s (Chrishell Hartley) murder, the reformed bad boy could be out of the picture soon. With one secret unraveled, it is only a matter of time before Eric finds out the truth about baby Mickey. While he will be a doting father, could his relationship with Nicole be affected? Fans will have to keep watching to find out.

Be sure to tune in to catch up on everything happening on DOOL right now. Come back here often for the latest in Days of Our Lives spoilers, updates, news and rumors! news and updates!