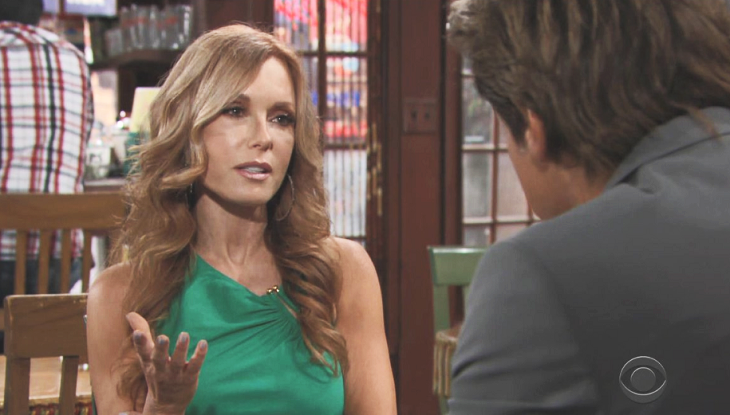 The Young and the Restless spoilers tease that Michael Baldwin (Christian LeBlanc) has a secret to share and it will only be a matter of time before he comes clean with the truth!

While there’s no doubt that Michael and Lauren Fenmore (Tracey E. Bregman) have seen their fair share of ups and downs throughout the years, they’ve managed to remain one of the strongest couples in Genoa City.

However, their relationship is going to be tested once again when Michael decides not to tell his wife the truth. Here’s what you need to know.

Young And The Restless Spoilers – Lauren Fenmore Suspicious Of Her Husband

According to CBS Soaps in Depth, Michael tells Lauren that he recused himself as Nick’s attorney simply because his former business manager is the judge’s wife.

While that might look like a conflict of interest, Lauren isn’t buying what Michael is trying to sell her. Lauren will put her own lawyer skills to the test. She will grill Michael to the point where he lashes out and accuses her of not trusting him. Uh-oh!

Actress Tracey E. Bregman, who plays Lauren on the hit CBS show, puts it this way, “Lauren and Michael are extremely open with each other so Michael’s off behavior is a trigger that he’s keeping something from her. Lauren is nothing but supportive of Michael. So when he accuses her she realizes it’s just a smokescreen that Michael is throwing up.”

And because she’s determined to get to the bottom of things, Lauren decides to take matters into her own hands. After all, even fans know that Lauren is not only beautiful, but incredibly intelligent, too.

“She’ s quickly able to connect the dots that Kevin has once again roped Michael into something serious and even most likely a dangerous situation,” Bregman said.

By Kevin, Bregman is of course talking about Kevin Fisher (Greg Rikaart), who has been nothing but trouble ever sine he returned to Genoa City. So does Michael and Lauren’s relationship stand a chance at this point? Needless to say, fans will have to tune in to find out what will happen next!