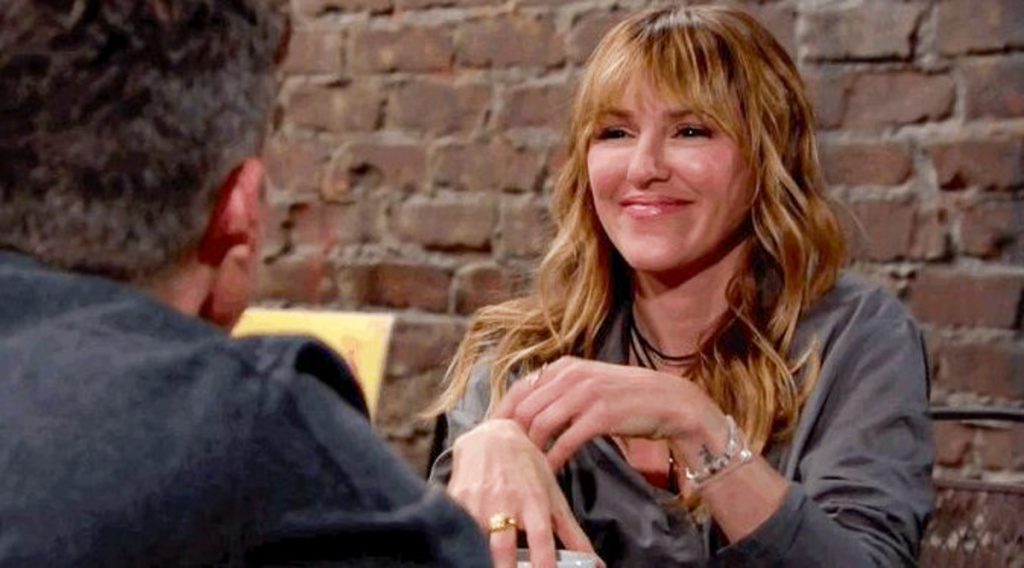 Chelsea Boudreau (Melissa Claire Egan) will meet a dangerous stranger with a connection to her past, and she will require Kevin and Chloe’s help to stay one step ahead of him. Adam Newman (Mark Grossman) will also be drawn into the situation, with Simon Black (Jeffrey Vincent Parise) possibly being connected to his past as well. Simon will come to Genoa City to settle some unfinished business with someone, and this will include Chelsea, going back many years to when Chelsea was running cons with her mother, Anita Lawson (Catherine Bach). Simon will bring a lot of danger with him to Genoa City, and Paul Williams (Doug Davidson) will find himself on call because of it.

Chelsea, Kevin and Chloe have all pulled cons in the past but do not really want to continue that lifestyle; however Chelsea will be forced to resort to the tricks and tools of her con artist past by Simon. Kevin and Chloe will help Chelsea, but all three will need to outsmart Simon by conning him, and Kevin and Chloe will do so undercover, as they embark on a game of cat and mouse, Adam being pulled in as well. Chelsea will be reminded of painful periods in her past life, and will not relish what she will have to do in order to survive the time that Simon will be in Genoa City!

Kevin was recently hired back at the Genoa City Police department as their IT person after freelancing for quite a while, for Adam Newman for one. Kevin particularly will need to be cautious if accessing the police department systems to find intel on Simon, even though the department will be involved in the fight against his reign of terror as well. Kevin will be going undercover with Chloe outside the auspices and protection of the police, so they both will need to be very careful in what they do. They will be acting more like private investigators – albeit without experience or licenses to do so – and private guards as well, as they protect Chelsea and help her stay one step ahead. Chelsea will not remember or know Simon, but he may know her, and it’s possible he may know of her.

Not a lot of information has been released by showrunners concerning Simon, other than that he is a “charming, dangerous stranger”. Chelsea has mentioned in the past that her late husband, Calvin Boudreau (John Burke) had some unsavory connections, and it might be that Simon is looking for that money that Chelsea just had Kevin launder! It’s just as possible that Adam Newman might owe him gambling money as well, since he gets pulled in front and center!