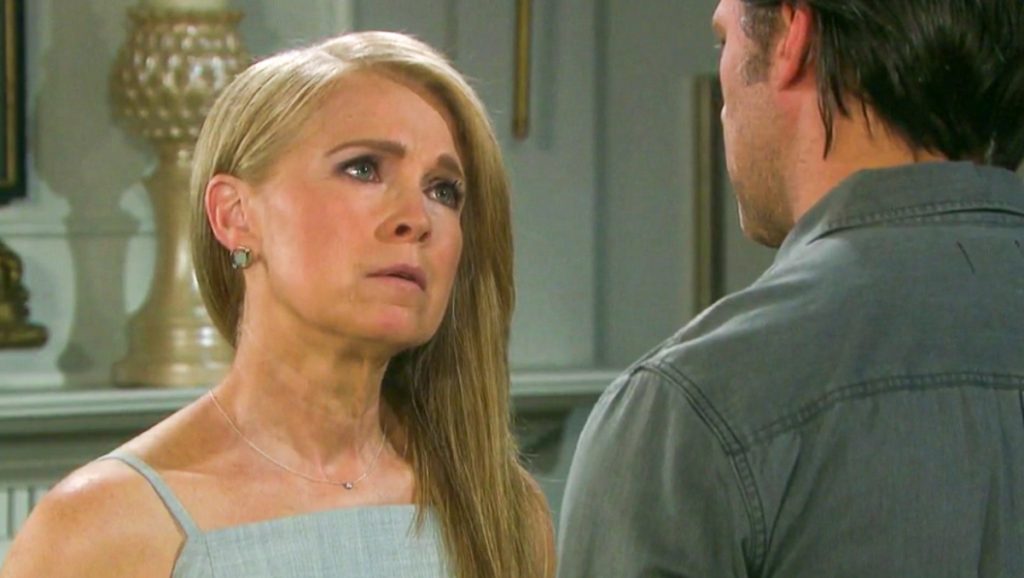 Days of Our Lives spoilers tease that one Salemite will go into a coma that will last for one year during the one year time jump and that the happiness of one of two recently engaged couples will be upended by a tragedy; other DOOL spoilers say that Jennifer Horton (Melissa Reeves) will suffer a fall that will put her life in jeopardy; could it be her? 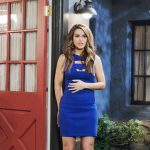 Jennifer and her one true love Jack Deveraux (Matthew Ashford) just reunited and became engaged after Jack was presumed dead for several years; it would be a tragedy for Jennifer to be in a one-year coma after Jack and Jennifer, one of Days of Our Lives favorite couples of all times, finally found happiness again! However, Jennifer has something that may be the key to the strange behavior of her cousin Hope Brady (Kristian Alfonso); a flash drive belonging to Dr. Wilhelm Rolf (William Utay)! The time jump spoilers also say one Salemite would die; but it would be very unpopular among Days of Our Lives fans if the show were to kill Jennifer off now right after Jack is fully back, memories and all, and November sweeps is about ratings, ratings, ratings! The last thing they want is to make people stop watching! A death of a popular character, even though on DAYS characters usually don’t stay dead for long, would not bring as many ratings as viewers wanting to know that a character will come out of a coma and survive and marry her one true love!

Spoilers say that Jennifer will suffer a life-threatening injury from a fall of some sort and Dr. Kayla Johnson (Mary Beth Evans) and Haley Chen (Thia Megia) will work to stabilize her and save her life. Although the details are sketchy at this point, if Jennifer is the one who goes into the coma, she will probably suffer a head injury. It is almost certain, however that Rolf will be behind this because he already has a bone to pick with her for lying about having his flash drive, which is obviously very important to him. Whether it is part of a larger machine or something he has built that the flash drive controls, or it is where he has chosen to keep his formulas that he had to recreate all over again due to his journal having been destroyed, it is plain that is it something he considers important enough to possibly kill for! As obsessed as the mad scientist seems to be about his “work” it may be his formulas, and it had to be very frustrating for him to have to had recreated all of them and then be kicked out of the lab at Salem University Hospital on top of that! It is probably NOT anything to do with his Princess Gina (Kristian Alfonso) project, however, because she seems to be functioning just fine without it, although Hope Brady certainly is not!

The Bold and the Beautiful Spoilers: How Does Sally Feel About Thomas Now That He’s Single Again?