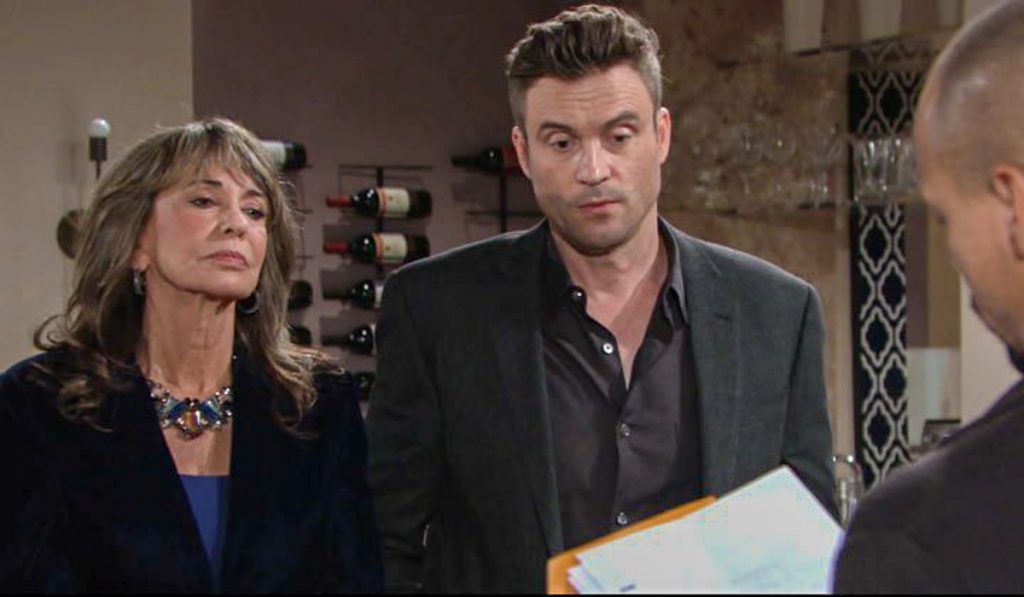 The Young and the Restless spoilers for Friday, October 25, tease that Sharon Newman (Sharon Case) will encounter Adam Newman (Mark Grossman) at Crimson Lights. She’ll learn that he’s back for Connor Newman (Judah Mackey) and that he’s let go of his grudges with the Newman family. He’ll want her help with Connor, given his recent troubles.

Rey Rosales (Jordi Vilasuso) will arrive on the scene and watch Adam and Sharon interacting. Sharon will tell Adam that she won’t be able to help him, and he’ll try to reassure her. Rey will then interrupt, and Adam will leave. Sharon will explain to Rey about Connor’s troubles and how she has been working with Connor, but that she’s not going to do it any longer because she doesn’t want contact with Adam.

But Rey will reassure Sharon that he’s not concerned about her getting drawn back in by Adam. She’ll be surprised by his position on the matter and grateful that he has faith in her.

Next on Y&R, Cane Ashby (Daniel Goddard) will catch up with Jill Abbott (Jess Walton) at Society. She’ll think that Devon Hamilton (Bryton James) will likely give up his entire estate for Cane. Cane will doubt that this is a likelihood given that there is no legal basis for him to do it. Meanwhile, at The Grand Phoenix, Amanda Sinclair (Mishael Morgan) will tell someone on the phone that “this ends today.” 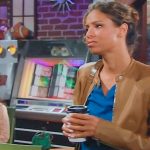 At Devon’s penthouse, Lily Winters (Christel Khalil) will arrive, and she’ll get the whole scoop about the will being forged and Chance Chancellor’s (John Driscoll) attorney being a Hilary Hamilton (Mishael Morgan) lookalike. They’ll discuss Devon’s distrust of Cane, and Lily will encourage him to follow his heart in making his decision.

Jill, Cane, and Amanda will then arrive, and Lily will be completely shocked to see Amanda. She’ll drop a glass out of surprise but will later calm down. Devon will then announce to everyone that he’s found clarity. There will be a moment where Jill thinks Devon is leaving everything to charity, and she’ll be up in arms. But then Devon will tell them that he is going to keep Hamilton-Winters but give the bulk of the estate to Cane.

Amanda will then leave to start the paperwork, and Jill will be pleased with Devon’s decision. Cane will talk with Devon privately and thank him for what he’s done, and he’ll promise to do everything he can to honor Katherine Chancellor’s (Jeanne Cooper) legacy.

Next on Y&R, Chelsea Lawson (Melissa Claire Egan) and Nick Newman (Joshua Morrow) will discuss the situation with Connor living with his father. They’ll note that Christian Newman (Alex Wilson) seems to be confused the situation. Nick will think that he’s partly to blame for Connor’s acting out because he forced them to live as a blended family. But Chelsea will say that losing Adam is what caused the problems.

Later Chelsea will visit with Adam at the penthouse. They’ll discuss Connor, and Adam will say that Connor needs reassurance that his new living situation won’t be taken away from him. He’ll ask her not to discuss with Connor that he might end up going back home with her, which will concern Chelsea. After Chelsea leaves, Sharon will call Adam to say that Rey encouraged her to help Connor.

Next on Y&R, Devon will talk with Amanda at The Grand Phoenix. He’ll say that he’d like to take back all the unkind things that he said about her. She’ll apologize for any heartache she caused, and they’ll end up shaking hands and leaving on good terms. She’ll even say that his father would be proud of him.

Meanwhile, Cane and Lily will chat at Society. He’ll say that he knows how Devon feels about him and that everyone thinks he will screw this up, but that he plans to prove them wrong. He’ll want her to stick around to help him navigate through all of this, but Lily will say that she needs to get back to her job. They’ll wish each other luck.

Afterwards, Cane will get a call from Jill, who will tell him that something isn’t right. She noticed an emblem from a hotel in the Maldives on the envelope – somewhere that Colin Atkinson (Tristan Rogers) was spending time. Jill will doubt that it’s a coincidence, and she’ll wonder whether there’s a possibility that Chance wasn’t a part of this at all. She’ll say that this is just the type of con that Colin would be involved in, and that she’s going to find him.

Finally, on Friday’s new episode of Y&R, Chelsea will be inconsolable as she returns home to Nick and tells him about promising Connor that he didn’t have to return home.

The Young and the Restless Spoilers: Will Tessa Ever Forgive Mariah For Cheating On…