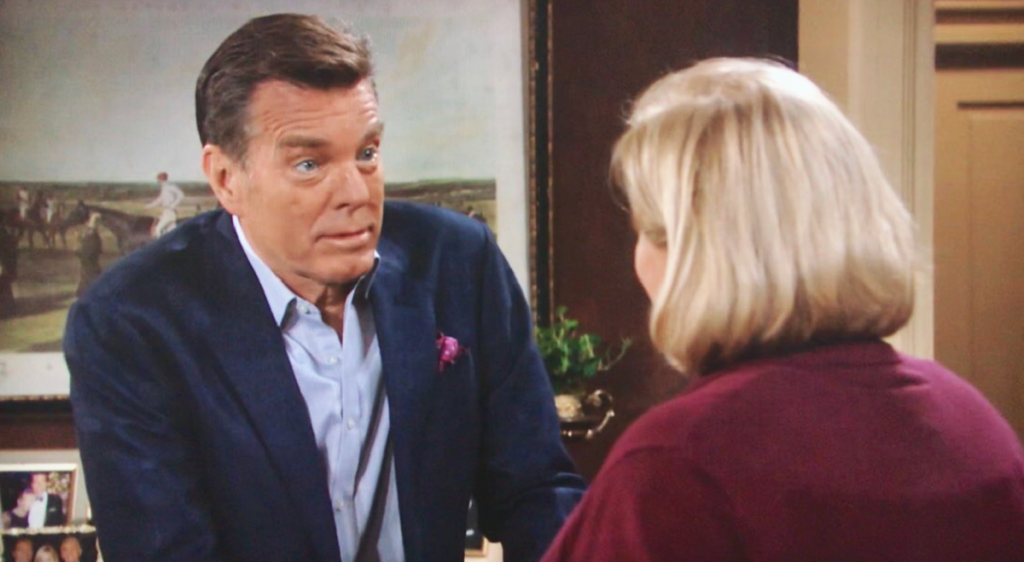 The Young and the Restless spoilers document that the Abbott’s appear headed toward another stunning revelation that re-imagines family history. This time Dina Mergeron (Marla Adams), formerly Dina Abbott, seems to have given birth to a child that’s never been spoken of.

Stuart Brooks (Robert Colbert) was a high school classmate of many historic Y&R characters, including Dina, John Abbott (Jerry Douglas), and Katherine Chancellor (Jeanne Cooper). Verbal references to those days have been mentioned through the years, but weren’t seen on-screen in real time, as the show debuted in 1973.

It now seems that Jack Abbott’s (Peter Bergman) desire to honor the lives of his mother and father, through a book he’s collaborating on with his sister, Traci Abbott (Beth Maitland), will serve to increase Dina’s known offspring.

The Young and the Restless (YR) Poll: Who Is Adam's Best Current Match – Chelsea, Sharon, or Phyllis? @celebratesoaps #yr #youngandrestlesshttps://t.co/AU42gcqISQ

The character Colbert portrayed was the head of a prominent family in Genoa City, Wisconsin, family. He was the owner and publisher of the Genoa City Chronicle, which is seen in modern times in both print (newspaper) and online (digital) form.

Stuart died in 1983, but has been referenced in passing through the years, including recently when Jack and Traci researched a letter linked to Dina. It’s contents touched on a perceived dark night, without clarifying that ominous meaning.

Speculation has Dina as the mother of the child she conceived through Stuart in high school, but obviously didn’t keep.

Jack and Traci were hoping to create an open book that current and future members of the Abbott clan could add to in the future. However, Dina’s visit at the Abbott mansion provided further fodder for the information quest the siblings are now exploring.

It’s fair for hardcore viewers to wonder how this newest revelation will impact present day. Whoever this child is, he, or she would be rightfully entitled to part of the Mergeron fortune.

More importantly, this person may want to form a connection with Dina as well, which would likely raise Jack’s well-known protective instincts.

Adams work has been universally applauded since she returned to the cast in 2017. Dina’s revival in GC sparked compelling drama that initially involved her companion Graham Bloodworth (Max Shippee), and included, among other dramatic moments, her accidental torching of The Underground.