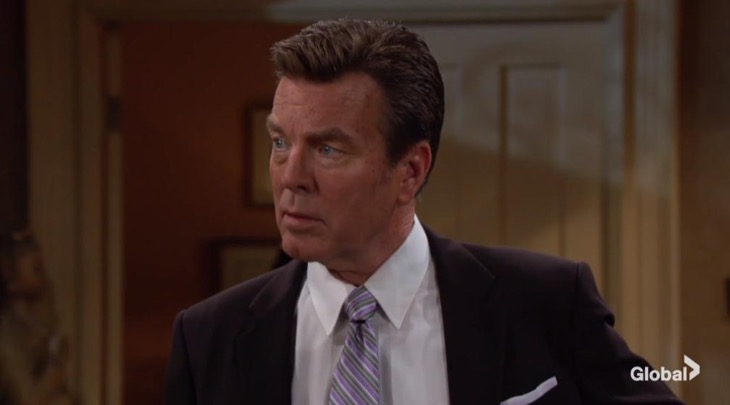 “Young and the Restless” spoilers tease that Jack’s (Peter Bergman) intention isn’t to play nice. As he told his sibling rival and referenced, regarding the Moustache, Smilin’ Jack is back and is preparing to win twice.

There’s no doubt that the Abbott’s have battled each other, sometimes to varying degrees of victory on either side. However, in most cases, Victor (Eric Braeden) has gotten the best of Jack. So with whatever his intentions, Jackie would be wise to stabilize Jabot first and then proceed cautiously where Newman Enterprises is concerned.

As for Ashley (Eileen Davidson), she was totally on her game since flying away to Paris, France, and forming My Beauty last fall. The plant she left behind was Dominique (Alice Hunter), heretofore known to Jack, Phyllis (Gina Tognoni), Billy (Jason Thompson, and all others, including the audience, as Kerry.

Hunter’s recent, cryptic social media message to Y&R fans has now been realized, as Kerry truly did earn her exit out of town. Miss Johnson was posing as Jabot’s chemist, that Phyllis hired without knowing Dominique’s actual identity, or connection to Ashley. That reveal signaled Hunter’s swan song.

The dialogue that suggests Ashley can’t be the target of Jabot’s legal reprisal seemed a bit thin. But it moved the storyline along, allowing Jack to return as Jabot’s Chief Executive Officer. Such is the soapy life.

Davidson’s return to the cast was initially expected to be brief, lasting only a few episodes. But the unexpected death of iconic cast member Kristoff St. John (Neil)

means that, fittingly, a series of special episodes for Neil and a tribute episode for the actor will be shown at the end of this month. Davidson’s character, therefore, is seen at various points this month and possibly, beyond.

Reestablishing Jack as CEO fits with Y&R’s revisionist storylines for some of its main characters. Bergman’s alter ego has often been at his best when he’s sitting in John’s (Jerry Douglas) old top spot. That doesn’t mean Jack has made the best decisions for the family cosmetics company, but he’s surely dynamic and highly entertaining.

Actually, Ashley made a reasonable offer, in wanting to take Jabot over. She even seemed open to some type of compromise that would have given Jack shared power. But Jackie defaults to his belief that he and only he is qualified to lead Jabot. Whether this proves to be the company’s downfall remains to be seen in Genoa City.