‘Young And The Restless’ Spoilers: Lily Gets Released Early And Ends Her Marriage – Is Lane Done For Good? 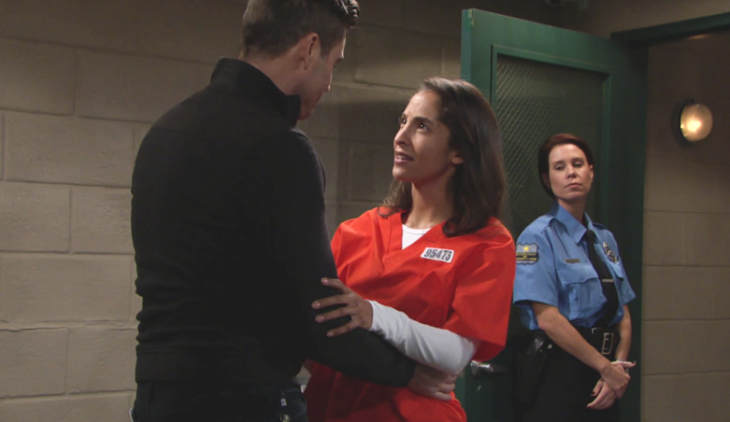 The Young and the Restless (Y&R) spoilers tease that Lily Winters (Christel Khalil) will make a decision about her marriage to Cane Ashby (Daniel Goddard). Cane will go see her in prison to try to convince her to give them another chance. Of course, she will tell him that she’s made her decision. Here’s what you need to know about what’s ahead on Y&R.

Last week on Y&R, Lily filed for divorce. Cane was convinced that he could change her mind. So, he decides to go visit her in prison.

Cane isn’t ready to let go of their marriage. He thinks they are great together and they can get past the cheating and the secrets. Of course, Lily disagrees and lets him know that.

Y&R spoilers say that Lily will be getting out of the slammer early due to good behavior. She demands that Cane sign the divorce papers and let her go. She will be moving away from Genoa City to a simpler life. She needs a fresh start, and she believes he needs one too.

Lily explains that the twins are old enough to handle their divorce. They understand they’ve had problems a long time. They tried but it just isn’t working.

Cane will point out that Sam loves her and considers her his mother. Lily won’t disagree but will say that she isn’t his mother. And, Sam is a product of Cane’s affair with Juliet.

Lily will agree they had some great moments in their marriage, but they had their share of problems too.

Lily leaves the room and Cane is devastated. He isn’t sure what to do. He has to let her go, but he isn’t sure how to do that.

Young And The Restless Spoilers: Kyle And Lola Aren’t Over For Good https://t.co/gAw6VTwdSg pic.twitter.com/cHbN7kpy0u

Y&R spoilers say that Lily will return to Genoa City for Neil’s (Kristoff St. John) funeral in a few weeks. Will Neil’s death bring Cane and Lily closer or is Lane a done deal?

Don’t forget to come back to The Young and the Restless (Y&R) spoilers, news, and casting updates!

General Hospital News: Dominic Zamprogna Gets A Much Deserved Vacation

Days Of Our Lives Spoilers: Ben Finds Out He Has A Nephew, Will Jordan Trust Him Near The Baby?