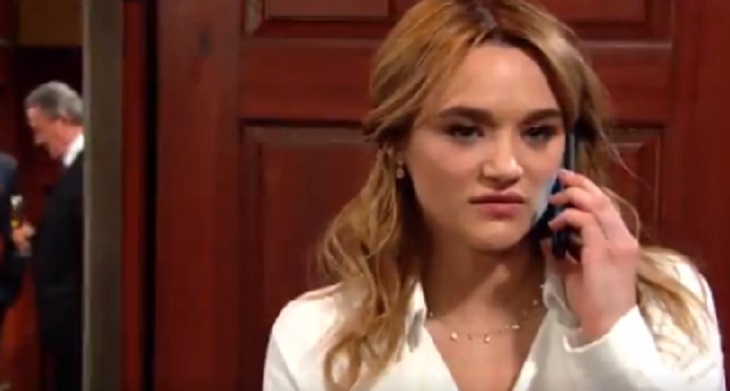 The Young and the Restless spoilers tease that Summer Newman [Hunter King] might be hiding a very big secret. And when the secret comes out, there’s no doubt that Kyle Abbott [Michael Mealor] will be shocked when he finds out about this. Here’s what you need to know.

According to Young and the Restless spoilers, Kyle has agreed to marry Summer just so she can donate her liver to Lola Rosales [Sasha Calle], who is on life support. For Summer, she’s got Kyle exactly where she wants him.

Young And The Restless Spoilers – Summer And Kyle’s Wedding Deal

Not only does she get to look like a hero for saving Lola’s life, but she also gets to marry Kyle. It will take some convincing for him to see that they were meant to be, but Summer knows that within time, Kyle will see it.

Little does Kyle know that Summer has a plan in mind. She initially told him that they should just stay married for one year. If it works out, great. If it doesn’t, then they will get a divorce. Yet The Young and the Restless spoilers tease that Summer wants to keep her man by her side, no matter what.

There’s a strong possibility that she might wait for the right opportunity to get pregnant. And when she does, Kyle won’t be able to back out. While his heart definitely belongs to Lola, he doesn’t want to be the guy in Genoa City who dumps his pregnant wife for another woman. Now that’s what you call a scandal!

Of course, fans will have to tune in to see what will happen next! The Young and the Restless airs weekdays on the CBS network. Check your local listings for times.