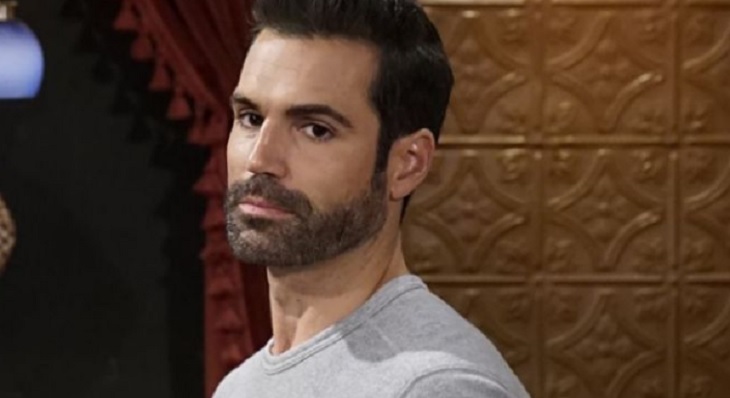 Rey (Jordi Vilasuso) has been working the J.T. (Thad Luckinbill) case since last summer on ‘The Young and the Restless’. His efforts, along with Christine’s (Lauralee Bell) reduced the ‘Fearsome Foursome’ by one. So will the ‘Coverup Trio’ gain a neighbor in prison if one, or more of the ladies are jailed?

Light-hearted Y&R fans understand that women and men are split in traditional correctional facilities. However, both sexes have been placed in cells aside of each other in the Genoa City prison. Could the same prove true if Nikki (Melody Thomas Scott), Vickie (Amelia Heinle) and, or Sharon (Sharon Case) remain in the local lockup during their trial?

The idea that Detective Rosales would be pushed into sharing the same restricted space as the people he’s been trailing won’t be due to ‘Shey’. The love Rey recently proclaimed for Sharon didn’t prevent her arrest. Vilasuso’s character went by the book as soon as she acknowledged the truth at the cottage. Instead, the information he’s withholding about Mia’s (Noemi Gonzalez) attack on Abby (Melissa Ordway) could land him in the pokey.

It’s fully understandable that Rey would want to protect the mother of his child. How could he turn Mia over to his colleagues moments after seemingly learning that she is pregnant with what would be their first baby?

As Y&R fans know, Mia did target who she thought was Abby aside of the Abbott pool. Mistaken identity caused her to think Lola (Sasha Calle) was Abby and then the pool dip happened with resulting potentially tragic consequences. That reality then coerced Mia to develop a lie, whereby she faked a pregnancy test.

Young And The Restless Spoilers – Rey Lied For No Reason

Rationalizing his actions as a form of nobility, Rey will be incredibly furious if Mia’s manipulation of his heart also costs him his freedom and maybe his badge.

Fans of ‘The Young and the Restless’ rightfully express their opinions on a regular basis. So, will Rey be jailed because of withheld information about Mia’s crime? Please vote in our poll below!