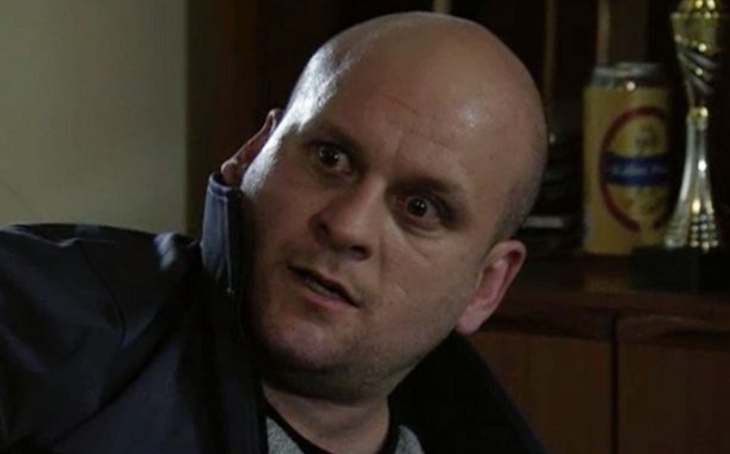 EastEnders spoilers tease that Stuart Highway (RIcky Champ) is going to cause some trouble yet again. There’s now speculation that he is going to develop a new friendship with student Bex Fowler (Jasmine Carol Armfield) and that it’s not going to end well at all. Here’s what you need to know.

It will all begin with Bex clashing with her friend, Louise Mitchell (Tilly Keeper). Stuart will see all of this go down and will decide to follow Bex after she leaves the scene.

At first, EastEnders spoilers indicate Stuart will try and calm the girl down. The two of them will even have a heart-to-heart conversation. For a moment, it does seem as though Stuart’s concerns are genuine, as he is only trying to help out Bex.

EastEnders Spoilers – Kush Doesn’t Like Stuart Getting Personal With Bex

Yet, Kush Kazemi (Davood Ghadami) won’t like the fact that Stuart – who has so far proven himself to be a terror in Albert Square – will be getting too up close and personal with Bex.

He’s afraid that Stuart might have some sinister plans. Kush can’t help but feel worried about Bex’s welfare and intervenes. EastEnders spoilers indicate that Kush will tell Bex’s father that he spotted his daughter looked upset and frustrated with Stuart by her side.

An upset Martin Fowler (James Alexandrou) will then threaten Stuart. Bex hears the commotion and intervenes while Kush realizes that he might have jumped to conclusions a little too soon.

Stuart was truly trying to help Bex out on EastEnders. Kush tries to mediate the situation but it’s too late. Of course, fans will have to tune in to find out what will happen next!

Eastenders airs weeknights on the BBC network. Check your local listings for times. In the meantime, let us know what you think by leaving us a line with your thoughts in our comments section below.

And as always, come back to Soap Opera Spy for all the latest news, updates and spoilers on Eastenders and all of your favorite British and daytime television soaps right here!

Young And The Restless Spoilers: Kerry’s Secret Partner Revealed – Jabot Is The Target