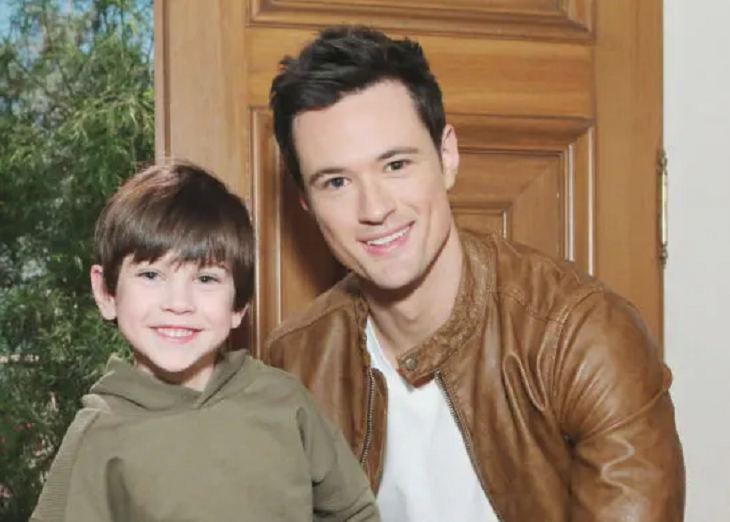 The Bold and the Beautiful spoilers tease that Hope Spencer (Annika Noelle) will have a crisis on her hands. She’ll learn that Steffy Forrester (Jacqueline MacInnes Wood) is taking the girls and leaving Los Angeles for a while.

Steffy plans to relocate to Paris and give Hope and Liam Spencer (Scott Clifton) the space they need to work on their marriage outside of the distraction of herself and her girls.

But this will strike fear in Hope, who’s become extremely attached to Phoebe Forrester (Isabella de Armas and Redford Prindiville), who is actually her daughter Beth Spencer. Hope won’t like the idea of being away from Phoebe for an extended period of time, since Phoebe is the only thing bringing Hope any peace in her time of deep grief over Beth’s death.

But Hope won’t have a choice in the matter. Steffy is determined to leave Los Angeles and give Hope and Liam time to work on their marriage. But at the same time, something else will happen. Thomas Forrester (Matthew Atkinson) will return to Los Angeles along with his young son Douglas Forrester (Henry Joseph Samiri).

Hope will be immediately taken with Douglas, and the two will start spending time together. It seems that Hope’s motherly instincts will be at least temporarily transferred from Phoebe to Douglas. The two will get along well, and he’ll be a beacon of light for Hope.

Bold And The Beautiful – Will Hope Transfer Her Affections To Douglas?

B&B spoilers even indicate that Thomas will be moved as he watches Hope interact with Douglas. He’ll be touched that Hope is spending time with his son and giving him her attention.

But will Hope get too attached to Douglas, like she had become with Phoebe? Time will tell, but for now Hope and Douglas will enjoy their time together.

The Bold and the Beautiful Spoilers: Katie Starts To Fall For Bill, Is Batie Making A Come Back?#BoldandBeautifulhttps://t.co/V8J41PoBEe