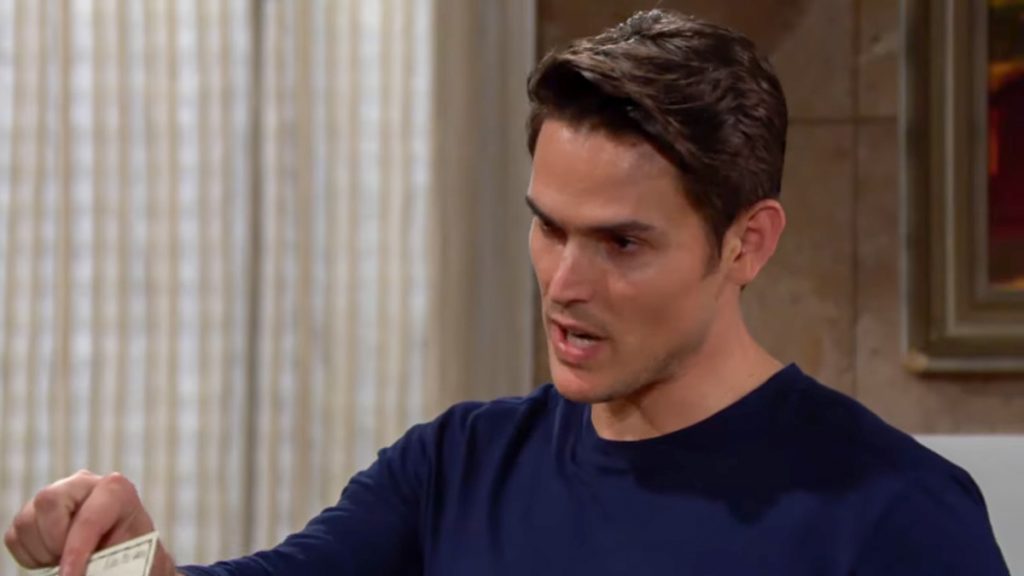 The Young and The Restless spoilers tease it’s the Halloween week event, with knives, nightmares and coffins; when your best, most evil life is full of tricks – and treats to die for!

The Young and The Restless Halloween promo starts with Adam Newman (Mark Grossman) talking about his best, most evil life, then we see another man walking down a dark hallway towards a door. It could be Nick Newman (Joshua Morrow), it does look like the back of his head! The scenes are short and cut into the video rather randomly, as we see another head shot of Adam. Then Victoria Newman (Amelia Heinle) appears at Crimson Lights, all in black Victorian style attire, then the scene changes again to Kyle and Lola Abbott (Michael Mealor, Sasha Calle) coming out of a door, Lola carrying a cake, and Kyle looking suspicious.

The Young and the Restless Spoilers: Adam’s Return Solves One Problem While Reigniting Others

Jack Abbott (Peter Bergman) and Kyle are in nightmare land with Phyllis Newman (Michelle Stafford), dressed in a gold sparkle jacket with a black top, sitting behind a desk large and in charge. She has called Jack and Kyle in and told them their services are no longer needed, obviously without warning since Jack looks confused and holds out his hands as if asking her why! As she snaps her fingers, first Kyle, then Jack disappear into nowhere!

Nick and Chelsea Newman (Melissa Claire Egan) are talking and she tells him, “You want this, Newman, you want it bad!” Then Nick opens a coffin and Adam is in it! Abby Newman (Melissa Ordway) is dressed like a prep school student sitting behind a desk in a black wig, and looks up suddenly to her right, as Nick stands in two images like he’s literally beside himself! The two Nicks look at each other like they are going to fight one another!

Abby then becomes herself again and wakes up from a nightmare, Kyle appears briefly, Phyllis wakes up from her nightmare, Kyle pops in again, and someone in a denim skirt and blouse approaches a woman in a red dress; only their bodies are seen as the woman in the denim skirt and blouse points a very large chef’s knife at her; their faces cannot be seen to determine who they are although that sure looks like one of Lola’s knives!

Then we see the stuff of pint-size goblins and ghouls’ dreams at Crimson Lights, as Billy Abbott (Jason Thompson), looking like he’s channeling early Alice Cooper minus the chicken heads dressed all in black, with a top hat, undertaker-like long coat, sunglasses and a long black wig, comes up behind Johnny Abbott (Holden and Ryan Hare) who is dressed like a zombie and growls, not only scaring him but Nick, who exclaims that Billy scared him to death! Victoria stands by Billy and Johnny, and Nick and Christian Newman (Alex Wilson) are dressed as cowboys, while Chelsea is a saloon girl! Maybe Katie Newman Abbott (Sienna Mercuri) is a ghost since she seems to be invisible!