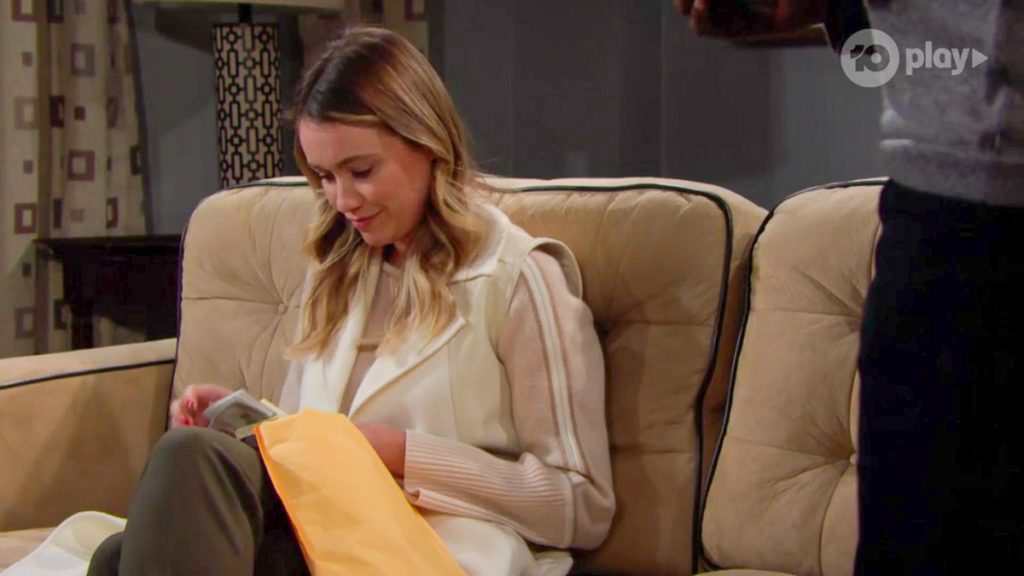 The Bold and the Beautiful spoilers reveal that Katrina Bowden is not currently filming any episodes of the CBS soap opera. What does this mean for her character, Flo Fulton? Will she eventually return and if so, when will fans see her again?

B&B spoilers tease that Bowden is still very much a part of the soap opera cast. No, she isn’t getting killed off and hasn’t left the CBS daytime series. According to SoapCentral, the actress is currently taking a break from portraying Flo Fulton in order to work on another project. Apparently, she is filming a movie in Australia.

B&B Spoilers: When Actress Will Return

Her new acting gig will take her away from The Bold and the Beautiful for approximately six weeks. However, Katrina assured fans that it only means she will be missing a few weeks of production. This means that she will be back before we know it. As for how the writers will explain Flo’s absence, will that remains to be seen.

The Bold and the Beautiful Spoilers: Thomas Plans to Take Over Forrester Creations, Power and Revenge Go to His Head? @celebratesoaps #bb #boldandbeautiful https://t.co/TyX54lGltP

Flo has been the topic of discussion for quite a few months. She participated in the “PhoeBeth” scandal that rocked the lives of several characters. Many viewers thought she couldn’t be redeemed. However, the character managed to get forgiveness from a few people after she donated a kidney. The act ended up saving Katie Logan’s (Heather Tom) life.

B&B spoilers suggest that in the near future, we could be seeing her reunite with the man she loves, Wyatt Spencer (Darin Brooks). He is currently engaged to Sally Spectra (Courtney Hope). However, Bill Spencer (Don Diamont) has him thinking hard about what his heart is truly feeling.

Fans will have to stay tuned to the CBS soap opera to discover what happens in the future for Flo Fulton. Even though things haven’t been going her way lately, that could change in the next few months. In the meantime, she is still very much a part of the daytime family.