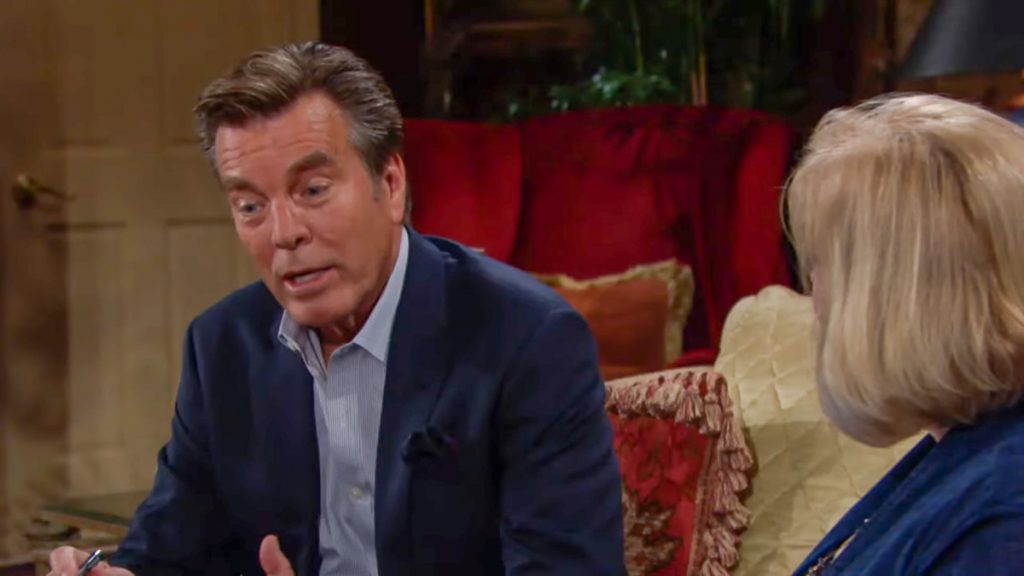 Y & R viewers will recall that in Monday’s episode, Jack and Traci Abbott (Beth Maitland) were talking about their family book that they were writing about the Abbott family. Jack got a call that their mother, Dina Mergeron (Marla Adams) had fallen and hurt herself, and he rushed over to the memory care facility. It turned out that she had only sprained her wrist, so it was a relief to find that out. Jack started talking about the book to Dina, and asked her about when she and John Abbott (Jerry Douglas) were dating in high school.

Dina started remembering how beautiful his eyes were, and how handsome he was, and then started talking about Stuart and that he became a newspaper man! Jack thought she had spoken out of confusion and meant John and asked her if she didn’t mean John – she did say yes, she loved John, but Stuart!

YR Spoilers – Traci Abbott Was Determined To Dig Into Any Connection Between Their Mother And Stuart Brooks!

Longtime Y & R viewers will recall Stuart Brooks (Robert Colbert) was the publisher of the Genoa City Chronicle, and was involved with Jill Foster, now Jill Abbott Atkinson(Jess Walton) and married to her for a short time as well as to her mother, Liz Foster (Julianna McCarthy) for a longer period of time. He went to high school with John, Dina, and Katherine Chancellor (Jeanne Cooper).

Perhaps the reason Jack has to protect the family legacy is that she finds out a family secret that Dina never told when she was lucid enough and never wanted to come out. Viewers will recall Traci was concerned about that very thing, but even though she had said if they were going to write a family book, they needed to tell both the triumphs and the tragedies, and Jack had originally told her that he intended to be real with the book, including flaws and mistakes. Jack added that if there was something they found out that Dina didn’t want known they just needed to treat the subject and her with respect.

Young & The Restless Spoilers – It Seems Obvious That Dina Mergeron Had A Thing For Stuart When They Were Teenagers!

John and Dina started dating in high school but Stuart was in high school with them; and when you do the math, she was only sixteen years old when she gave birth to Jack. When you look up the character histories Jack was three years old when John and Dina got married. That would not be a big deal in modern times but in the 1950s, when Jack was born it certainly would have been! Ashley Abbott (Eileen Davidson) was the product of an affair but John never knew she wasn’t his, so if Jack wasn’t his Dina may not have disclosed it either.

Sixteen may not have been old enough legally to get married even with parents’ permission back in the 1950s, and when a girl “got in trouble” which is what a pregnancy in an unmarried woman or girl was called back then, usually the family would send her out of town until the baby was born, and some were given up for adoption, and in many cases the mother would adopt the grandchild and the grandchild wouldn’t find out that Mom was really Grandma and Sissy was really Mom until years later, if at all! The Abbott family legacy wouldn’t be disturbed in modern times by a birth out of wedlock, but it certainly could be if Jack turns out to be a Brooks instead of an Abbott! That might be something he and Traci won’t want to include in the book and Jack might want to leave it covered up to protect the family legacy!