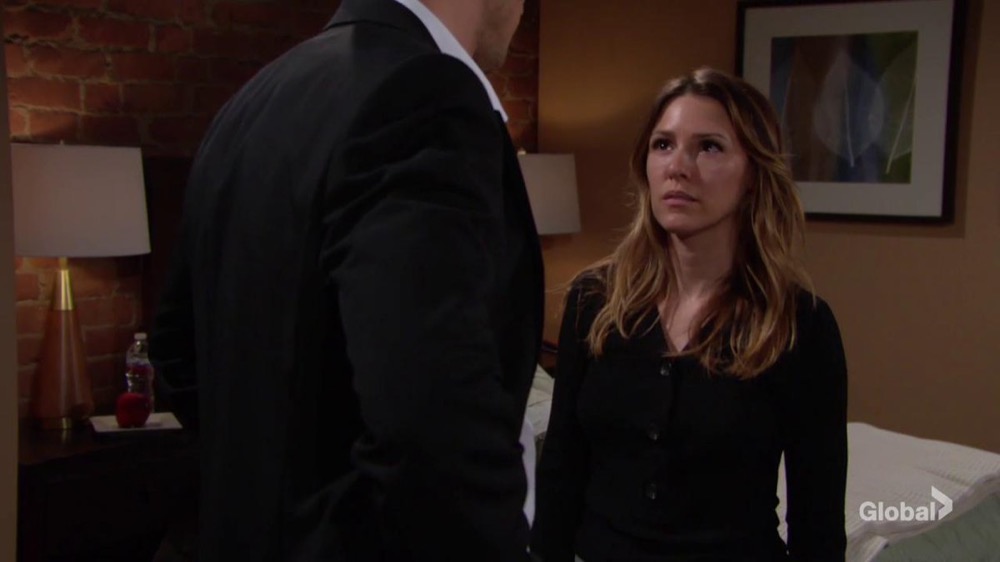 The Young and the Restless spoilers tease that now Chloe Mitchell (Elizabeth Hendrickson) is back, can she redeem herself and get a second chance? That’s what fans want to know. After Chloe found out that Adam Newman (Mark Grossman) had killed her daughter, she wanted to get her revenge on him and that’s why she was determined to put a bullet in him.

Little did she know that he actually survived, but it was too late. Chloe hightailed it out of Genoa City in order to avoid jail time. And even though there’s a lot of baggage between Chloe and Adam, she wants to turn her wrongs into rights and hopefully live the life that she used to have before she fled. But will she get that chance? Here’s what you need to know.

Now that Chloe is back, she’s got a few things to accomplish on her to-do list. Elizabeth Hendrickson, who plays Chloe Mitchell on The Young and the Restless, recently told Soaps in Depth in an interview, “She has finally made peace with everything, but then she finds out that Adam isn’t dead and it rips the wound open again. She’s thrown right back where she was all those years ago!”

Young and The Restless Spoilers: Will Chloe Mitchell Stay In Genoa City

But here’s the thing: now that Adam is alive, Chloe technically isn’t a murderess. So why doesn’t she stay in Genoa City? Why does she have to leave to go back to Portland? That’s what fans want to know. Since she can’t be thrown into prison anymore, Chloe should be able to live the life that she deserves to leave. Or at least, that’s what fans think.

Young And The Restless News: Fans Are Still Debating Who Is Responsible For Delia’s Death—Billy Or Adam! https://t.co/ZuiWgSnIwD pic.twitter.com/Q3SDTRnKvv

Elizabeth adds, “There is an opportunity for a second chance. I’m just not sure how she will get it. She’s done so much damage! First, she needs to let Adam know how she feels. She never got the closure she needed to forgive him.”

But if Adam says he’s sorry, will it be enough for her? That’s what everyone is dying to know. Needless to say, fans simply have to tune in to find out what will happen next!