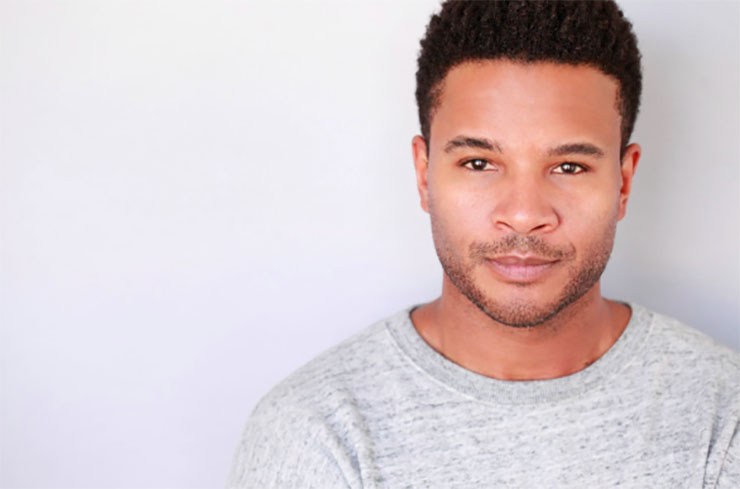 General Hospital alum Marc Anthony Samuel Felix DuBois) has just landed an exciting new role! The handsome actor has been cast in a new Hallmark movie and we’ve got all the details. Here’s what you need to know.

According to reports, Samuel is set to play a character by the name of Javier in a movie called Sister of the Bride, which is set to make its premiere on the Hallmark channel this weekend. The movie is written by scribe Anna White and directed by Sam Irvin. From what we can tell Marc is in very good company as there’s a talented list of cast members in the film that include Becca Tobin, Ryan Rottman, Michael Gross and more.

The movie’s tagline reads as the following: “After only 6 months of dating, Stephanie and Ben get engaged and are delighted to share the news. However, they hit a road bump when Stephanie’s parents show concern that the couple has moved too fast.”

We don’t know about you, but this sounds like the perfect kind of movie that we would love to snuggle in with along with a nice glass of wine and a big bucket of popcorn on a Saturday night. Plus, it also has Marc Anthony Samuel so you know that you can’t go wrong!

As many fans know, Marc Anthony has been on-again, off-again in Port Charles ever since he joined the cast back in 2012. But he’s also been keeping very busy. The actor has two projects that are currently in the pipeline including Waking Life and the television series Good Trouble. He also starred as Mark in the sci-fi series Orbital Redux and in the television movie Rumor From Ground Control. Clearly, he doesn’t have that much free time on his hands because he is always working on a movie set!

With that said, so far producers for General Hospital have made no indications as far as when we can expect to see Felix back on the canvas. Either way, we will be definitely on the lookout. For now, we will be tuning in to Sister of The Bride to catch him in action!