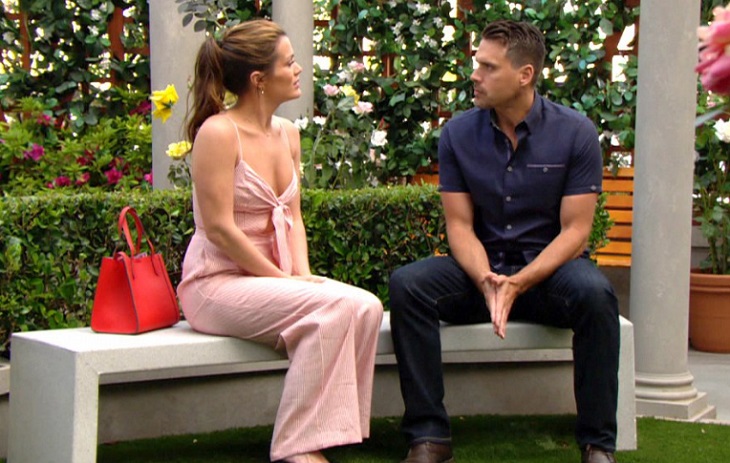 The Young and the Restless (Y&R) spoilers tease that there is some exciting casting news to report for the CBS soap opera. Chelsea Newman’s (Melissa Claire Egan) new husband Calvin Boundreau (John Burke) will make his debut. Chelsea’s will continue her arc moving into the new week.

The Y&R fans have been waiting quite a while for Chelsea to come back to GC. As a plot twist, the writing regime brought Chelsea back with a new husband. He has adopted Connor Newman and he is raising him as his son.

This brought a new twist that no one expected. Chelsea will be back but she will be unavailable for Adam Newman (Mark Grossman). John Burke will debut as Calvin Boundreau, Chelsea’s much older new husband. The Y&R spoilers suggest that a medical crisis will take her husband out and she will find herself single again.

That might put her smack dab in the middle of a love triangle between the two Newman brothers – Nick Newman (Joshua Morrow) and Adam. And, who knows who she would end up with as she loved them both.

Jill Atkinson (Jess Walton) will return for a short visit. Her two-day arc will bring excitement to the storylines. Her storyline could have something to do with Billy Abbott’s (Jason Thompson) descend into madness.

Billy is having trouble dealing with the fact that Adam is still alive. His grief over Delia Abbott (Sophie Polono) is becoming overwhelming as he tries to make sense of why his daughter had to die while Adam has survived multiple incidents that by all accounts should have killed him.

Currently, Victoria Newman (Amelia Heinle) doesn’t know how far he’s slipping but soon he will not be able to hide it from her.

Young And The Restless Spoilers – Another Fan Favorite Returns

Another exciting casting scoop to report is Eileen Davidson is back taping scenes as Ashley Abbott. Her beef with Jack Abbott (Peter Bergman) may not be completely over. The Y&R spoilers do not say when she will return or how long her stint will be.