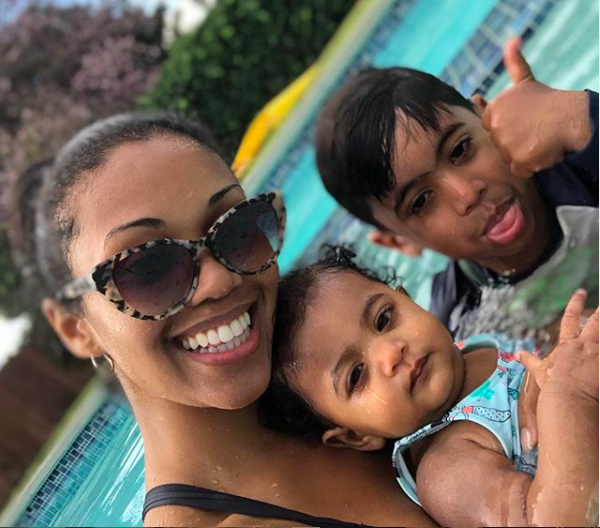 The Young and the Restless star Mishael Morgan (Hilary Curtis) has just shared an adorable video of her 6-month-old daughter, Naliyah. And from what we can tell, this little girl is on the move! She’s not the kind of tot who is going to sit around and wait for things to happen. At least not according to her mom Mishael! Here’s what you need to know.

Mishael shared a post of Naliyah crawling for the first time and captioned the clip with, “Why are phones our biggest motivator… even from birth?!…so weird… okay back to Instagram lol. #doingsomethingrightor #doingsomethingwrong #crawling#mylove #mygirl #sixmonthsold.”

A lot of Mishael’s fans responded to the post with, “Isn’t it bizarre that our little ones will never know what life was like before cell phones?!” and “My niece is the same way and she’s 1, if I give her my phone and she sees my face she knows it’s locked so she will give it back so I can unlock it lol.”

Another fan wrote, “Omg I did that to my 6-month-old niece. She can only go backwards but put that phone out, she suddenly going forward.”

Clearly, little Naliyah knows what she wants and she’s determined to get it! Hey, we would all probably do the same if we were in her position, right? Either way, she’s a little cutie! We can’t get enough of her and love all of the photos and clips that Mishael shares of her beautiful family on her Instagram account.

Why are phones our biggest motivator… even from birth?!…so weird… okay back to Instagram lol. #doingsomethingright or #doingsomethingwrong #crawling #mylove #mygirl #sixmonthsold

With that said, a lot of people can’t help but wonder if Mishael will be returning to The Young and the Restless anytime soon. While Mishael herself said that she would be open to the possibility, she would obviously have to come back in either flashback or ghost-like form.

And seeing how Devon (Bryton James) is having so many daydreams of her lately, we have a feeling it might be a possibility! Of course, fans will have to tune in to find out what will happen next. The Young and the Restless airs weekdays on the CBS network. Check your local listings for times.

General Hospital Spoilers: Is It Ryan Chamberlain In Canada? How Did He Tie Up Laura and Curtis With One Hand?